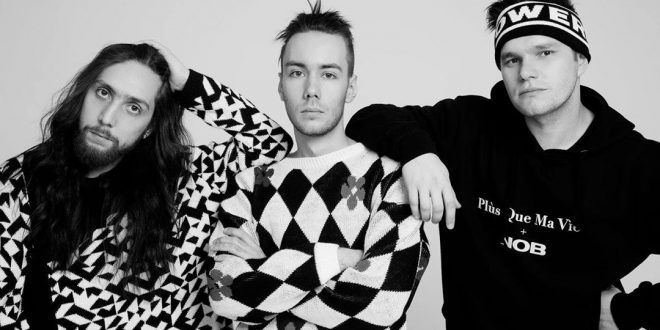 NEEDSHES is independent alternative rock band formed by singer-songwriter Otabek Salamov (Beck) in the city of Tashkent, Uzbekistan. His mother taught music theory and always supported and directed her child. At the age of 4, he was able to reach the piano and began to play his first tunes. Beck decided to devote himself to music since the moment he realized that music lessons bring him not only joy and happiness but also awards at competitions. Being the number one clarinetist in hometown country at the age of 12, he passed the way from a teenager composing and performing metalcore, to the decision to compose melodic brit-pop, rock songs that would make people crazy about it just like the music he listened on the player.

We got the opportunity to chat with Beck and have him tell us a little more about the band.

We are multi-genre rock band. We prefer to take the best things of every genre and compile it to create something solid, timeless. We want to bring something special to sophisticated ears of music listeners. We’re in music because we just can’t breath without it. Almost everyone loving indie rock, alternative, pop rock, soul, blues, funk and similar genres may find something personal for him. In several words, NEEDSHES’ music is a soundtrack for life.

How did NEEDSHES first come together? Is the band still all original members?

Actually not. The band has gone through several line-up changes before I found two additional members, guitarist Ivan Petukhov and drummer Alexey Manakhov in 2016. Before that I was performing with my fellow musicians constantly improving line-up and looking for not only highly professional musicians but also people really passionate about playing music in my band and my soul mates. Due to communication with so different musicians, thankfully I was able to meet Ivan and Alexey on one recording studio.

I can’t call any particular show. Each one is a result of non-stop hard work and long-term training. Each one I remember with love. I think we haven’t had such concert yet. This is the future. And this is so exciting.

What does it take for a band to stand out in a music environment such as Uzbekistan?

Actually, in Uzbekistan we had small but really supportive rock community. Everybody knew each other. And the number of fans on our performances was huge. But I didn’t feel like it’s enough for me. That’s why I decided to move further and left my hometown in search of better place for my music. I love my home and its beautiful traditions. But I don’t belong to some particular place. Music I create is global so it made me look beyond national or any other borders.

What should people expect from your live performance when coming to see NEEDSHES?

They can expect everything they usually get on concerts and a little bit more. 🙂 You never know which new drum solo will come to our drummer’s mind, which joke our vocalist will tell and which new movement our guitarist will show. It’s unpredictable. But one thing we can say for sure, beautiful music, good sound (at least, one which is possible at a place), a mix of melodic ballads and suffocating alt/rock beasts. A mix of dreamy atmosphere and rock insanity. We like diversity. And it reflects on our performances.

They should expect a lot more new music. Much more than we were releasing in previous years. The world is changing and the music world especially. Besides, we plan to perform at new places and find more die hard fans.

It’s “The Fat of the Land” by Prodigy.

It was a rock concert organized by the British Council in Tashkent. There were local and British bands like Goldrush. I remember, it was after this concert that I decided to create my own rock band. These guys on the scene inspired me to start my path as a bandleader.

No doubts, it’s The Killers. The band that is inspiring me to this day. They stayed true to themselves no matter what was happening around them. You know they neither started to play frank pop and frighten off faithful fans, nor started to make a niche music and crazy experience with sound on the scene. The Killers never lowered the quality of their music and live performances. On top of this, they stand for peace and equal rights to everyone.