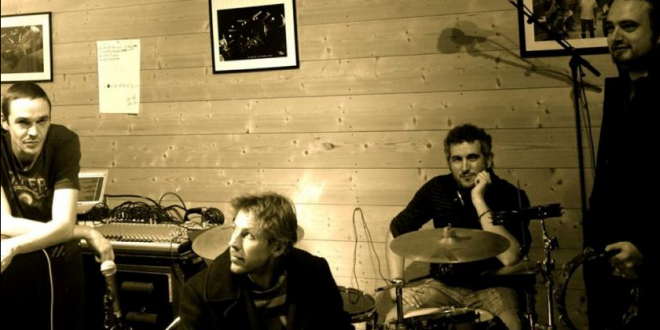 Andy Cato from Groove Armada releases album as ‘Days Of May’

Days of May began when Andy Cato from Groove Armada walked in on a jam session in the town of Auch, South West France. The local band of 3, who had been playing together for 15 years, became 4 and work began on a selection of songs Cato had been carrying around in his head for a while.

The first gigs were publicised by posting up lyric sheets around the town. The political message of the music resonated.  The band’s indoor and outdoor late night gatherings across the countryside became regular.

Throughout this time, the band would get together in a small room equipped with guitars, amps, an old Jupiter, a piano and an 8 track. That’s how Casual Destruction came to life and the band Days of May was born.

Andy Cato might be best known for his collaboration with Tom Findlay in the electronic duo Groove Armada which they formed together in 1996. Maybe not so commonly known is the fact that Cato after being on the road for many years in 2008 relocated to the South West France where since 2013 he has been a full-time alternative farmer. The farm supplies bread and beef to local schools and shops, and attracts visitors from all over the world interested in new farming methods.

This political approach to life and life-style is also at the heart of the new album. Cato‘s vocal debut takes him and his bandmates into a completely new part of the music scene.

Days of May are:

Previous Interview: Alex Sepassi of Silver Relics
Next Richard Lynch, Across The Board, MTS Nominated For Josie Music Awards Held At Dollywood