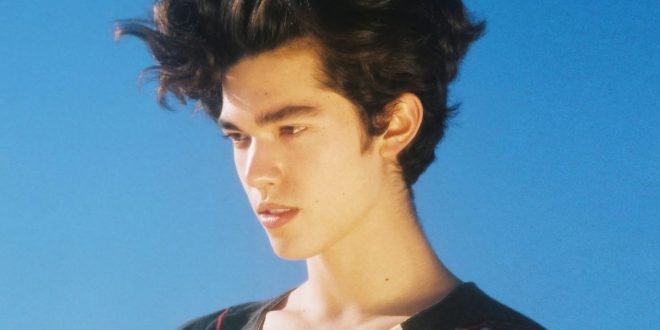 Buzzing 20-year-old bedroom pop singer-songwriter Conan Gray returns to the road this fall for his next North American headline, “The Comfort Crowd” Tour. Tickets go on sale starting June 7th at 10am local time. Get them HERE.

The six-week run kicks off October 29 at The Pageant in St. Louis, MO, performs in major markets across the country including New York’s Terminal 5 on November 12th, and concludes with a two-night stand at The Fonda Theatre in Los Angeles, CA December 11-12. Check out the full itinerary below.

Gray continues to make major waves on his own terms. A string of hits has vaulted him to the forefront of modern pop. Most recently, his single “The King” clocked nearly 7 million Spotify streams and counting. Meanwhile, his Sunset Season EP put up impressive numbers, generating a staggering 80 million streams as he averages over 2.3 million monthly listeners on Spotify. No wonder, i-D crowned him “gen z’s ascendant king of sad boy pop,”, MTV called him its new “Prince of Pop”, and Paper praised his, “unprovoked honesty.” Right now, he’s putting the finishing touches on his full-length debut album —due out later this year.

Every online ticket purchased comes with one (1) CD of Conan Gray’s upcoming album. Ticket buyers will receive an additional email with redemption instructions to receive their albums. US/Canadian residents only.

Armed with nothing more than Garageband and a cheap microphone taped to a lamp, Conan Gray released his song “Idle Town” on his YouTube channel as an ode to his hometown of Georgetown, TX. The song went viral, and he later joined forces with LA based producer Dan Nigro to finalize his Sunset Season EP, featuring singles “Generation Why” and “Crush Culture”. The EP debuted in November, 2018 to widespread critical acclaim from The Fader, Billboard, and Ones To Watch, amongst others. In January, 2019, Conan made his television debut on Late Night with Seth Meyers, before opening for Panic at the Disco! for several shows on their arena tour. Conan has sold out two North American headline tours as well as his most recent May, 2019 European tour. Recently called the ‘Prince of Pop’ by MTV, he will be performing at Lollapalooza in Chicago and Life is Beautiful this summer before headlining his next North American tour in the fall. Conan has been featured in Paper Magazine, I-D Magazine, and the Sunday Times.