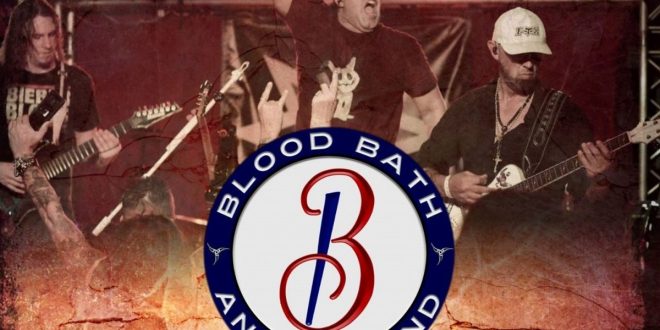 Heavy Metal/Metalcore band BLOOD BATH AND BEYOND has released the official music video for their metal re-imaging of the 2010 Britney Spears’s hit pop single, “Hold it Against Me.”

“We choose this song to re-work first, because it is popular and second because it has a hidden gem of a beat to it. We were able to really bring out the rhythm of this otherwise synthesizer fueled (Original Version from B. Spears) song, give it some edge and people seem to gravitate to it. The fun thing about B3 is we are seeing fans of various genres enjoying what we do, HIAM provides a taste of most of what we do and is honestly a great choice to be the first mastered single we provide. ” – BLOOD BATH AND BEYOND

The members of Blood Bath and Beyond converged onto Jacksonville, Florida in 2015 from all over the USA. Chaz Winter from New York (Vocals) met with Chet Lewis from Texas (Guitar) to discuss creating a band unlike anything currently available to the music enthusiasts of Jacksonville.

After a long, arduous search, “B3” was officially born in 2016 with the addition of Indiana’s Zach Harris (Drums) and New Jersey’s Jay Habermas (Guitar). The band quickly exploded in popularity, bringing a unique sound and unconventional stage presence to a local/regional metal scene that had grown increasingly stagnant in prior years. After 3 years, Blood Bath and Beyond has chosen to release “Hold it Against Me” (B. Spears) as their first official release as the song “Just gets people bouncing” and “Seems to be successful across fans of various genres”

The band is currently working on several audio and video projects, as well as expansion into new regional markets.