SEEKAY is the performance vehicle and persona of an Australian songwriter and poet. While many artists are trying to rack up “likes” on their Instagram selfies, the electro-pop project maintains a refreshingly low proﬁle and encourages the audience to focus on the work. Listen to their sophomore single “Candlelight” below.

Reprising their original, mid-tempo “electronica with a twist” signature love song sound, (nods to Nicolas Jaar and The Weeknd) and adding a breakdown as original and unexpected as Barbara Lewis’ “Hello Stranger” from the Academy Award winning movie Moonlight. The song was produced in NYC by Chris Halac and mastered by Sterling Sound in New Jersey. The production and arrangement re-enforces the song’s theme of a reluctant, but wise relationship break up, a slow and close dance upon the echoes of desire

The unexpected success of the ﬁrst single “Hurts” has strengthened Seekay’s belief that conventional identities aren’t necessary in order to widely engage fans’ desire to feel understood, to feel free of suggestion. They believe that “artistically anything beyond that to me is really the purview of things that detract and distract me from focusing on the things that never change – better songs, better lyrics, great players and producers – and through that – the inexplicable moving of listeners souls, as music has always done.”

Listen to “Candlelight” on Spotify. 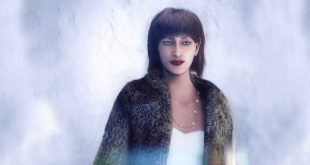