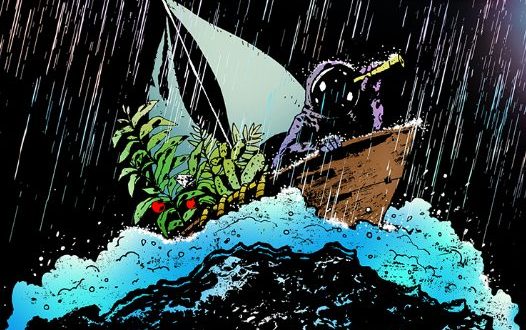 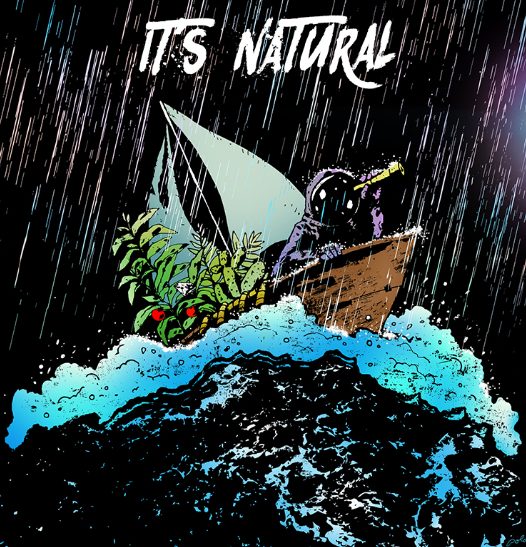 A rollicking rhythm and a decidedly swanky string play are all that it takes for Little Galaxies to entice us into the melodic web of songcraft that is their new single “It’s Natural.” The guitars patiently strut across the first few bars in the song with a swagger that is impossible for us not to fall in love with, while the drums dispatch a mountainous groove that is tempered only by the tightly produced master mix. The energy is out of this world, but nothing sounds rushed or thrown together. When Little Galaxies are firing on all cylinders, it’s hard to tell where one player’s contribution to the track stops and another’s starts, and what’s most interesting is that the sterling tour de force that they form doesn’t feel cluttered. Everything is strung together in a seamless structure, and even though there isn’t any virtuosity in the strings, any breakneck breakdowns in the drums nor any dexterous bass bludgeoning, to say that “It’s Natural” is a powerhouse indie single would be an understatement of epic proportions.

The hook in the chorus is simple and understated, and in contrast with the verses that lead us into it, it isn’t brimming with nearly as much optimism. There’s a sense of tortured regret here that is only implied through the delivery of the lyrics and not via the substance of their statements; in this existential presentation, we’re able to experience the story that the band is trying to tell us not only through their profoundly poetic lines, but more so in their spellbinding instrumental textures, which are just as expressive as any of the words are on their own (if not a little more so in a couple of crucial spots in the song). There’s no denying that Little Galaxies have taken a turn towards the experimental as they embark on following up their critically acclaimed debut, but I don’t think that their ambitions are too lofty for the skills that they collectively share. This is a group that has a lot of natural chemistry, and it would appear that they’re doing everything necessary to foster the artistic kinship that has, thus far, yielded their most exciting and endearing recordings.

If you’ve been looking for something surreal in sound but acerbic in style to add some color to your spring playlist, I think you would be quite wise to take a look at “It’s Natural” if you haven’t already. Little Galaxies have evolved substantially in the six years since Patterns wowed us with its impeccably smooth transitions between the ten sultry sonic exhibitions that comprise its tracklist, and if you ask me, this single speaks volumes about the potential they’ve got moving forward. I’m looking forward to having the opportunity to see them live at some point, as material like this has all of the necessary ingredients for making a psychedelic-tinged, freeform jam when performed under the glare of an intimate club’s spotlight. “It’s Natural” is a song that exemplifies its title in every way that really matters, and it’s a worthwhile listen for anyone who loves a supple string harmony.