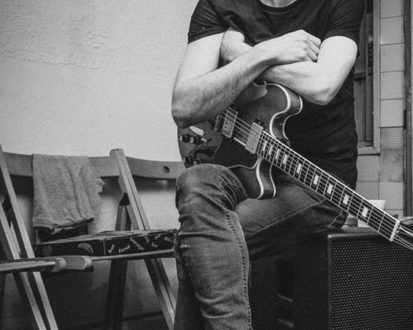 Diving At Dawn release ‘The Humbling of a Good Man’ video

9
SHARES
FacebookTwitter
Featuring an orchestral accompaniment recorded over Skype (potentially the worlds first skype-orchestra), newcomers Diving At Dawn’s debut single ‘‘The Humbling Of A Good Man’ is available to stream below:
Fronted by Pete Hobbs (one half of the wonderful The Boy Least Likely To), he explains that“‘The Humbling of a Good Man’ is a soundtrack to everyday life. Dreams fall by the wayside, ambitions get cut to the quick and lives aren’t lived to the fullest. The song finds the protagonist at the end of a journey, the end of a dream, crash landing back into suburbia and trying to make sense of where he’s been and what’s to come”.
Released just this week, Pete goes on to explain the inspiration for the video.  “The Humbling of a Good Man is a song about a guy realising that his dreams and ambitions aren’t going to be fulfilled and contemplating what his future will look like. For the video I moved the character slightly on into the future, hopefully showing that whatever happens in life there is always some light at the end of the tunnel.”