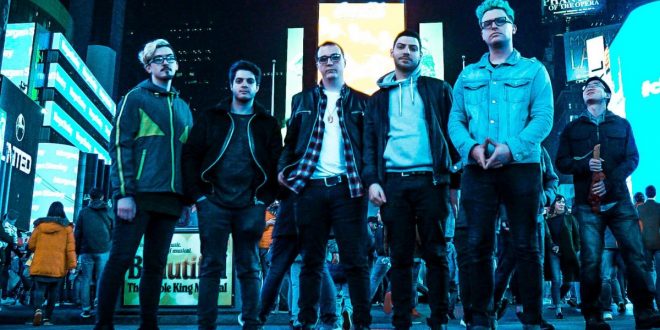 The Stash debut new single “Run Into Me”

Pop act The Stash are thrilled to share their latest single, “Run Into Me.” Fans can get their first taste of the new track now, via Substream Magazine. “Run Into Me” marks The Stash’s debut release with Los Angeles-based label, Anchor Eighty Four Records, who excitedly welcomes the band to their rapidly growing roster.

“’Run Into Me’ is a song about finally being over it,” shares vocalist Christian Evanko.“People will come and people will go, but if you stay stuck in the same place for too long all you’ll have to show for yourself is wasted time. This song came out of the fear of not letting those thoughts win!”

The Stash, a five piece group from Beacon NY, are emerging on the cusp of the future pop genre. Composing well balanced pop rock tracks, with enticing melodies and soaring vocalizations, the band has already gained a good force of momentum with the release of a handful ofpowerful singles, like their hit, “I Can’t Feel,” which premiered on Buzzfeed. Having been featured on popular idobi Radioprograms like “The Brett Davern Show,” and “Gone Fishkin,” The Stash is already knee deep in the coming wave.

With a steady flow of smash singles and stunning visuals to accompany them on the horizon, The Stash is already taking 2019 by storm.