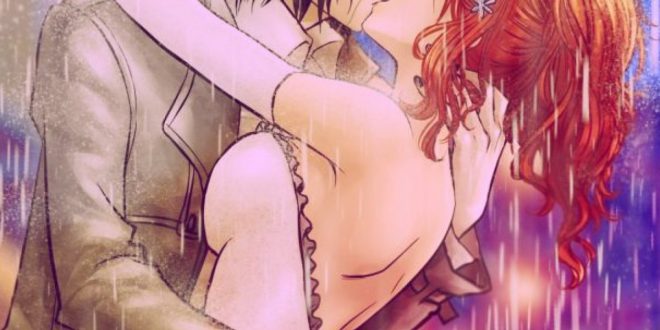 “The Girl Who Shouted Love at the Heart of the World” will be released May 24th, 2019 on Monstre Sonore. First single, “This Is Love” is available on May 10th.

“This is Love’, was (inspired by the) uplifting and life-affirming Katrina and the Waves’ ‘Walking on Sunshine’..working with Pat Collier, who produced that track, (was) a marriage made in heaven.”— Neil Fitzsimon, FaB

You might say 2018 was a “FaB” year for the London songwriting/production duo of Fitzsimon and Brogan. With the summer release of their critically acclaimed album, “Big Blue World,” FaB significantly raised their already skyrocketing interrnational profile. The duo’s single, “Girl In a Gilded Cage” reached #1 on the iTunes Belgium singles charts, earning the duo an Indie Music Hall of Fame Award, an Independent Music Awards nomination, and a slot as an Emerging Artist in Billboard Magazine. Three singles from the album also received international airplay and worldwide radio charting, earning them status as one of the most exciting musical duos of the year.

Now, Neil Fitzsimon and Bee Brogan are back. Collectively known as FaB, Neil and Bee are about to release their most pop-friendly single and album to date. On May 10th, 2019, new single, “This Is Love” will be available. It is taken from their upcoming Pat Collier-produced (Katrina and the Waves, Robyn Hitchcock) album, “The Girl Who Shouted Love at the Heart of the World” (May 24th, 2019, Monstre Sonore Records)

“Our main inspiration for, ‘This is Love’, was to write a song as uplifting and life-affirming, as Katrina and the Waves’, ‘Walking on Sunshine’, which is a great favourite of ours,” said Neil Fitzsimon. “And due to the fact that we were working with the very man, Pat Collier, who produced that track, it seemed like a marriage made in heaven.”

Watch the official lyric video for “This Is Love” at https://www.youtube.com/watch?v=k1sO1l_b7Bg&feature=youtu.be

Fitzsimon continues,”Various session players played on the album, including a trumpet player from the Royal College of Music. The most notable musician was Nick Muir, who played keyboards for Take That. He also composed a track which was included in the film, ‘Trainspotting’, which is now regarded as a classic of British Cinema. Nick now owns his own label and has carved out a highly successful career as a producer and DJ.”

Recently, the duo had a track reach number 3 on a French national download chart. Their lyric videos for “Big Blue World” and “Girl in a Gilded Cage” both reached #2 on the Beat100.com World Videos chart, for which they were recognized by the Indie Music Hall of Fame. The latter reached #1 on the Belgium iTunes singles sales charts. The Billboard Magazine Emerging Artists have been featured on the NBC Radio and Westwood One Radio networks. They’ve recently recorded tracks with long-time David Bowie drummer, Woody Woodmansey.