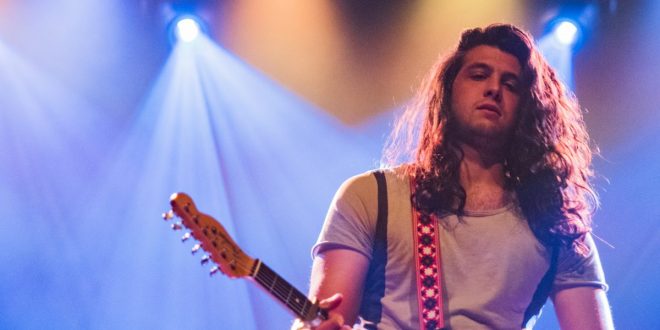 Billy Raffoul has the rock star look nailed down. Tall, muscular, flowing mane of hair, you could plug him in as lead guitarst for just about any stadium rock band you can think of and he wouldn’t look one bit out of place. But does he have the rockstar guitar skills? On Sunday night, that’s what I went to find out. I was impressed with what I saw. Raffoul tore through a 30 minute opening set that quickly captured the crowd’s attention. Raffoul has his own brand of introspective alternative rock. His songs are raw with emotion, like his opening number “I Can’t Love You Anymore” or his song “Difficult” with the lyrics “who’s gonna hold me like you do.” It’s all driven home by Raffoul’s sultry voice which blends with the music to create a future star. You won’t catch Raffoul shredding out a “Sweet Child O’ Mine” like solo, but he’s definitely got the guitar skills, his guitar is used in a different way, a way that rides shotgun while his vocals drive the music all the way to a serene destination.