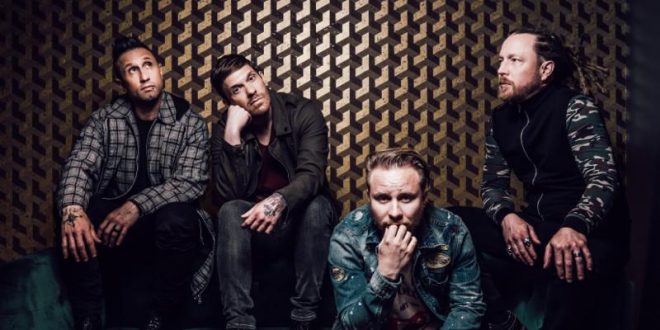 Shinedown release piano version of hit single “Get Up”

Shinedown has released a stunning new piano version of their anthemic single “GET UP,” which has become a crossover hit and is about to break into the Top 30 at Hot AC after spending several weeks at #1 on Billboard’s Mainstream Rock Songs Chart.The new stripped-down version, propelled by the undeniable power of front man Brent Smith‘s voice, shines a light on the song’s urgent and universal message of hope, empathy and encouragement in the face of struggle. PRESS HERE to listen to “GET UP (Piano Version).”

Reaching far beyond any genre or label, “GET UP” quickly became a beacon of light for listeners around the globe, connecting with both those going through hardships of all types and those supporting loved ones who may be struggling. Speaking to the human spirit in a time of need, “GET UP” was born from a very personal and vulnerable place, inspired by Brent watching his friend, Shinedown bassist Eric Bass, deal with clinical depression. PRESS HERE to watch a collection of behind-the-scenes moments and live footage from the road for an inside look at the powerful moments that “GET UP” is fostering between Shinedown and their fans.

The song has racked up more than 36 million streams, landed the band on Live with Kelly and Ryan, and was heard during the Walter Payton Award during the Super Bowl Pregame show among other television spots.Garnering praise fromthe likes of Huffington Post, Salon, Rolling Stone, Consequence of Sound, Buzzfeed, Parade, Grammy.com, No Depression and more with key playlisting on Spotify and Apple Music, “GET UP” broke a new record for Shinedown giving the band the most Rock Airplay Top 10s ever and their 13th #1 on Billboard’s Mainstream Rock Songs Chart (the second most in the history of the chart, tied with Van Halen).

The “GET UP (Piano Version)” arrives as Shinedown is gearing up to head to Memphis, TN, to join Dave Matthews Band, The Killers, Cardi B, Khalid, One Republic, Gary Clark, Jr.and more at the Beale Street Music Festival tonight May 3rd. Shinedown will return to their roots in Jacksonville, FL for an epic set at Welcome to Rockville tomorrow May 4th, before kicking off a limited run of ‘An Evening With Shinedown’ shows. Beginning May 6th in New Orleans at The Fillmore, these special performances will offer fans a more intimate live experience, with back-to-back nights planned in Atlanta, Myrtle Beach, and Nashville. Shinedown’s ATTENTION ATTENTION World Tour has been selling out arenas and receiving rave reviews, backed by their biggest, most eye-popping production yet. On June 21st, Shinedown kicks off their summer headlining run with support from Badflower, Dinosaur Pile-Up, and Broken Handson coast-to-coast dates produced by Live Nation, and will headline WNOR Lunatic Luau 2019 on May 17 in Virginia Beach, VA, MMRBQ on May 18 in Camden, NJ, Rocklahoma on May 24 in Pryor, OK, Inkarceration Festival on July 12 in Mansfield, OH, andRiff Fest on July 13 in Detroit, MI. For all ticket details, please visit www.shinedown.com.

An Evening With Shinedown 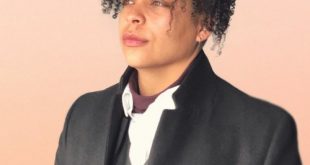 Single Review: C.K. Marion’s “Get Up” With Saint Mercury