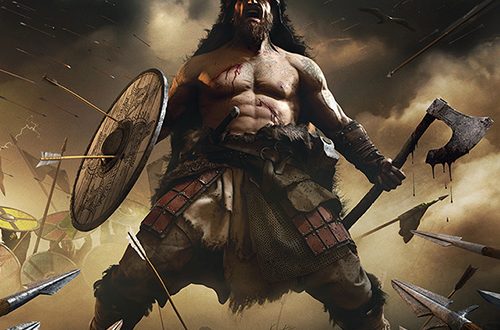 A review on Berserker, the eleventh studio album from Amon Amarth.

Amon Amarth is a Swedish melodic death metal band from Tumba, formed in 1992. The band takes its name from the Sindarin name of Mount Doom, a volcano in J. R. R. Tolkien′s Middle-earth. Their lyrics mostly deal with Viking mythology and history, and so they have been linked with viking metal, although the band themselves prefer to be referred to as melodic death metal. The band is composed of lead guitarist Olavi Mikkonen, vocalist Johan Hegg, bassist Ted Lundström, rhythm guitarist Johan Söderberg, and drummer Jocke Wallgren.

Berserker is the upcoming eleventh studio album by the Swedish death metal band Amon Amarth. It is to be released on 3 May 2019.  The album was produced by Jay Ruston. This marks the first album by the band to feature drummer Jocke Wallgren who joined the band in 2016.  #AmonAmarth #Berserker #Vikings

Overall, Berserker is a slight change in a positive way that makes it stand out from previous Amon Amarth albums, all while making you rally for battle on the open seas. Johan’s growl will incite a riot in you while you sing along these metal war songs. For those wondering if the days of Nordic warriors are over, the answer is no. Amon Amarth is continuing the slaughter.

I am an album reviewer, band interviewer, concert photographer. At least once a week I review a new album in the rock genre the week it comes out (anything from alternative to metal). Check out my site at www.rockedreviews.net and my twitter feed @rockedreviews"
@http://www.twitter.com/rockedreviews
Previous Tom DeLonge’s Angels & Airwaves announce first tour in 7 years + release first new song in 3 years
Next Joey Curtin releases new Single/LP 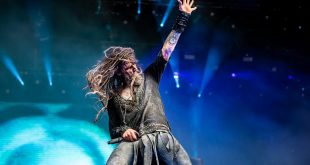 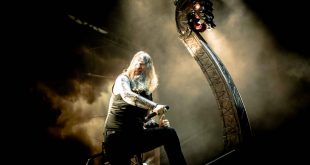