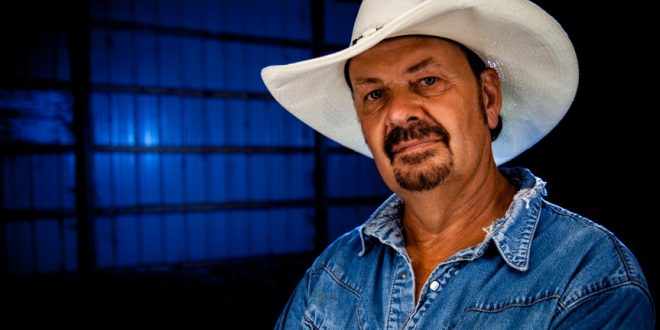 Richard Lynch is a Waynesville, Ohio-based country music artist, who has compiled a long list of country hits and chart toppers in the world of traditional country music. His single, “A Better Place” topped the New Music Weekly AM/FM country chart, the IndieWorld Country Record Report, and spent an incredible 32 weeks atop the Roots Music Report True Country chart. His next 4 singles also topped the country airplay charts, including a duet with Grammy Award Winner, Rhonda Vincent. Richard’s single, “Country Music Isn’t Country Anymore” went Top 25 on the iTunes Canada sales chart. His last single, “Pray on the Radio” received Christian radio airplay and charting, also reaching the US iTunes Single Sales chart. Lynch has appeared on WSM Radio Nashville, RFD TV, Fox TV, and countless other media outlets. He is also the host of “Traditionally Lynch,” airing on TV and radio, and he’s the founder of the Love Tattoo Foundation for veterans.

Richard took some time out from his busy schedule to answer some questions about his latest Top 40 smash single, “Keyboard Cowboy,” and more…

Music Existence: Thanks for taking the time, Richard.  We are honored to be speaking with such an incredible singer, songwriter and philanthropist.  How do you find time to balance your personal and professional life?  Share some tips?

Richard Lynch: Honestly, they seem to run right together. Living the country life has helped me become a better song writer, music has allowed me to meet people from all around the world and that has given me the opportunity to help our Veterans through the Love Tattoo Foundation

ME: Was there any one event in your life that led you to record and release, “Pray on the Radio?”

RL: Indeed, the whole concept of the song came directly from an interview with a DJ as I was speaking with on the phone as we drove down the highway. Towards the end of our talk asked if we could pray on the radio. That one comment allowed me to envision the lyrics and I tried to capture my thoughts on paper a drive the sprinter at the same time. Thankfully my wife Donna was with me and took over writing for me

RL: Oh definitely my Dad, Woody. He was a great singer and entertainer in his on right. I would like to think I am following in his footsteps

RL: That would be my wife Donna. She is somehow able to keep me grounded and organized

ME: “Keyboard Cowboy” is your brand new single.  Tell us about the song, the recording process for it, and how has it been received, so far?

RL: Again, Keyboard Cowboy is a song based on real experiences. I have a sister and brother-in-law who are overwhelmed by jealousy towards every good thing that happens in my life. As a result the brother-in-law constantly posts nasty, untrue things on social media and writes and mails negative, anonymous letters to fans and venues attempting to degrade me…..Thus he became the “Keyboard Cowboy”

ME: Studio recording or live performance?  Which do you prefer?

RL: I love performing live but it is sure special to watch my original music come to life in the studio

RL: If and when time allows, I enjoy fishing and have fun with my metal detector in search of artifacts

ME: Any plans for another album coming out soon?  Can you tell us about it?

RL: Yes indeed, in mid-May we will be releasing our fourth studio album, “Think I’ll Carry It On”. I am very proud of this album as each of the twelve tracks were written or co-written by myself.

RL: I would say finishing the new album and preparing for its release

ME: Do you ever get stage fright?  Any place you’d love to play that you haven’t?

RL: No fright, I truly enjoy performing and interacting with fans. Like any true country artist, I would love to play The Grand Old Opry

RL: Just once again a huge thank you for their tremendous support. My fans are very special indeed and I sincerely appreciate each one of them