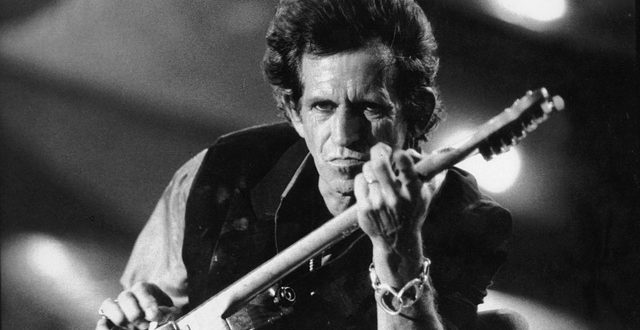 Old is gold. The older the wine, the tastier it is and so is music. Talking about oldies, you may have been a fan of the Rolling Stones, and to date, you still shake your head to the rhythm of their songs. The Rolling Stones remain the greatest rock n’ roll band of all time and one of the oldest groups. Mick Jagger and Keith Richards met in the 1950s, became close friends, formed a band and produced the songs that you can’t stop listening to. Here are the ten all-time best songs from the band.

The song was released during the heights of the Vietnam War. The jam is a pure menace. From the opening of the song, it’s clear a storm is coming, and in the final minutes, Mick Jagger and Merry Clayton shout the repeated chorus.

The lyrics tackle rape, murder, and even death. “Gimme Shelter” is mystical, exhilarating and threatening at the same time, and it’s the best song the Stones ever did.

Often described as Richards’ greatest song, and it’s usually said that the song wasn’t so Rolling Stone. The song had nothing to do with marijuana, criminality, or hedonism.

The happiness is clearly manifested in Bobby Key’s wailing sax, Jagger’s voice, and Richard sounding so real. “Happy” is a masterpiece!

One of the best songs ever, “Paint it Black” lyrics are good and the song is quite visual. Before there were goth and grunge, the band used black-hearted depression musical form with “Paint it Black.”

The moody and poetic lyrics distract you from the fact that it’s just a pop song but painted in dark colors. I’m sure you can’t help being swept off your feet by the catchy melodies, the guitar riff, and the plodding drum beat.

A successful band should at least have a song mentioning Lucifer, and Rolling Stone have theirs, “Sympathy for the Devil.” The song is strutting and sarcastic version of the god of hell.

The bongo drum sets and the back dropping of slowly swelling vocals that finally explodes characterize the song. Keith plays the guitar so well.

The Stones were in a hotel during a US tour, and Keith heard a rough sketch from radio which he used to create the song.

Keith regretted that decision, but it became a hit, and they might perform it in their next show. To make sure you don’t miss it, grab some Rolling Stones Tickets 2019.

The song is about Richards’ relationship with Pallenberg, how they went through a drug-fueled abyss, and it refers to a nasty habit.

The Stones seem resigned rather than sounding debauchery in their songs, and Richards grasps the pleasures of life as the song bittersweetly fades.

The song talks about how to be a man, and it seems to have some good advice, far from the lifestyle the Rolling Stone had in those years. They always had what they wanted – drugs, sex, and rock n’ roll.

But it’s true! You shouldn’t expect to have everything. But the heavenly choirs and the horn reveries make you feel like it’s the song that you only wanted.

The opening track of the album “Exile on Main Street” is described as a masterpiece which wouldn’t be so if another band was playing it.

The song sounds alive and electric with the ripping guitar, the horns, and the swelling choruses that makes it completely epic.

The hit song was penned by Jagger in the most part and kept them in the radio waves in the 70s.

The song was a new breed from the Stones after brash new amplifiers were designed to function in huge stadiums.

In one of the interviews, the band revealed that the song is about one-night stands.

“Little T&A is classified as Richards’ biggest moment to shine!

Rolling Stones continue to elicit happiness with their classics. You can always catch up with their latest performances.

Stephen Vicino is the founder of MusicExistence.com. He created this site to give talented musicians a voice and a way to be discovered.
@@svicino
Previous GEARS Release Official Music Video for “Tango Yankee”
Next Gallery: Allman Betts Band at The Newton Theatre in Newton, NJ 04/12/2019