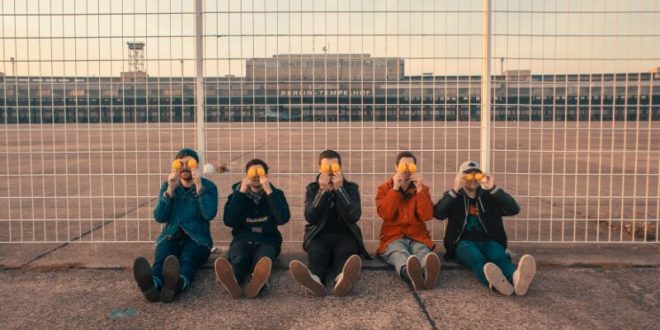 Formed in 2011, Seaway is Ryan Locke (vocals), Patrick Carleton (guitar, vocals), Ken Taylor (drums), Adam Shoji (bass), andAndrew Eichinger (guitar). The band has become known for their highly infectious brand of pop punk – one that strikes the perfect balance between the two styles and recalls a time when the genre centered on having fun.

Along the way, they released two energetic and explosive records-Hoser [2013] and Colour Blind [2015]-and churned out hits such as “Best Mistake” and “Sabrina The Teenage Bitch,” which both cracked the 1-million mark on Spotify. Consistently averaging over 160K streams per month, they toured with the likes of Simple Plan, Neck Deep, and Four Year Strong between landing acclaim from Alternative Press, Rock Sound, Paste Magazine, and more.

Six years deep into their career, Seaway progressed the patented pop punk prowess that put them on the map with sharper songcraft and a nod to the nineties on their third full-length record, Vacation. The Ontario, Canada quintet confidently stepped up their game across the board, while maintaining the spark that ignited a fervent fan base.

Now they’ve returned with Fresh Produce, which will be released on April 19th via Pure Noise Records.Fans can check out the band’s latest single “Pleasures” and pre-order the album now at seawayband.com.

Previous Gallery: Queensryche at Slim’s in San Francisco, CA on 03/29/2019
Next New Found Glory Release Video For “Eye Of The Tiger” | Upcoming Album “From The Screen To Your Stereo 3” Due Out May 3rd