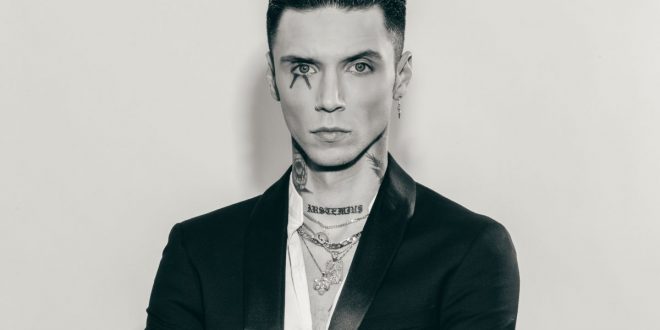 Talk about the show must go on: despite suffering a ruptured appendix that required emergency surgery last Friday, singer-songwriter Andy Black is moving forward with his Ghost of North America Tour, which kicks off April 7th at Ace of Spades in Sacramento, CA.

In a tweet to fans, Black wrote: “Thanks for all of your kind words regarding my physical recovery after an unexpected emergency surgery. I wanted to share that I am feeling significantly better every day and I have been told by my doctors that I should have no issue starting the tour at the end of the week!”

Black recently released new track “The Promise” (click HERE for the lyric video), the latest song from his much-anticipated album THE GHOST OF OHIO (Lava/Republic). “The Promise” is the third song Black’s released over the course of the past several weeks following lead single “Westwood Road” (which has amassed over 1.5 million YouTube views) and title track“The Ghost Of Ohio” and all three songs are available as instant downloads by clicking HERE to pre-order The Ghost Of Ohio ahead of its April 12th release date.

The Ghost Of Ohio sees Black re-teaming with Grammy nominated producer John Feldmann (Blink-182, Panic! at the Disco), who helmed 2016’s acclaimed debut The Shadow Side.