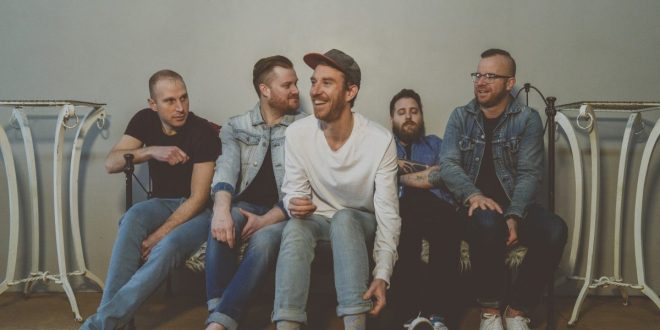 For nearly a decade, Hartford, Connecticut’s Bronze Radio Return has traveled the world, urging their listeners to dance and sing along. Their rousing, anthemic sound creates a positive, upbeat atmosphere that’s one part dance party and another part roots-rock. If their name doesn’t ring a bell, odds are you know one of their acclaimed singles, leaving them affectionately dubbed “the band you’ve probably heard, but haven’t heard of.

Their last LP, 2016’s Light Me Up skyrocketed them to even further success. Regarded as “infectiously catchy and fun to listen to from the very first line of the title track to the very end” (The Prelude Press), the music of Bronze Radio Return’s previous album cemented that these boys stand primed for impact in a big way.

In February, the five-piece Bronze Radio Return released their latest studio album, with their sound evolving more than ever and with their roots always firmly intact. Holding to their previous writing and recording process, like when they escaped to Texas and Oklahoma together during the production of Light Me Up, many of the songs came to be during lead singer Chris Henderson’s recent move to Oklahoma with little more than just an air mattress. Later, the guys came together at a ranch in Texas to record this exciting chapter of the band’s progression, both musically and personally.

We recently had the chance to chat with Matt Warner, the band’s keyboardist about Bronze Radio Return’s past, present, and future, read through that interview now.

Our sound is a mixture of alt rock, rootsy folk with an underlying blues influence as well. The scope is pretty broad since we have songs ranging from upbeat movers to down tempo thought provokers. Each band member brings something unique to the table and that has played an important part in the development of our sound.

How did Bronze Radio Return first come together? Is the band still all original members?

The majority of us went to school together and played music in various settings during our time there. It all came together very naturally looking back on it now. The common thread between all of us has been the deep love we have for music and the fact we always wanted this to be what we do for a living.

One show that still resonates with me was our performance at the Firefly music festival following our release of Up, On and Over. Playing in front of that energetic festival crowd was so inspiring. I just remember all of us being really blown away by the reception we received that day. A special moment for sure!

What does it take for a band to stand out in a music environment such as Hartford?

As a group we spent a lot of time thinking about how we could make an impact on people with the live show. Making the live experience special for fans has always been something that is very important to us. Also, I think the main thing is having a group that is committed to what you are trying achieve. Not being detoured and hanging in there can really go a long way when moving towards a goal you are trying to achieve.

What should people expect from your live performance when coming to see Bronze Radio Return?

Energy. Our goal is to give the audience everything we have when we take the stage every night. That relationship between performer and audience is a powerful one. We want people to be moved, whether it be physically or emotionally.

Chris is primary songwriter and lyricist for the group. Generally, Chris will start/demo the songs prior to going into the studio. It’s an exciting moment hearing the demos for the first time and starting to think about parts and sounds. During the recording of our newest record “Entertain You”, we all had individual setups within the studio. Collectively were working throughout the day on whatever song(s) we were working on. The fact that all of us now have our own personal recording setups is helpful and really contributed to a great workflow. One of the big keys to us working as a group in the studio is that everyone is very open minded and receptive towards each other’s ideas. I feel like we have a great rhythm going with our recording/writing process.

We are currently on a tour that will span about 40 shows throughout the US. The tour will wrap up in April and we will also have some performances throughout the summer. Our album Entertain You was released in February and it’s been great being out on the road and playing these songs live. I also wouldn’t be surprised if we got back into some sort of writing/recording mode at some point..we’ll see.

The first album I ever bought with my own money was the Eric Clapton Unplugged album. It still to this day is one of my favorites. The initial song I had heard that grabbed me was the acoustic version of “Layla” (at the time I didn’t know the electric original version even existed!). The overall feeling that is captured on that record is astounding and the band is just so good. One of my favorite piano players, Chuck Leavell, is featured on that recording and I remember being absolutely floored by his playing. Not a bad first record purchase if do say so myself…

The first concert I ever went to was a Beach Boys concert. I was pretty young at the time, but I’m so thankful that my parents took me to that show. Brian Wilson wasn’t in the band then, but Carl Wilson was there and I still remember hearing his voice and loving a lot of the music. I still do!

This is a difficult question to answer since I’ve gone through so many phases of listening to music. If I had to pick one it would probably be the Beatles. The melodies are amazing, the harmonic content is always engaging, and I have really learned a lot from listening to all of their recordings over the years. Particularly their harmony and sense of structure. I was very lucky to have grown up in a home where music was being played all the time. I owe a lot to my dad for introducing me to so many different kinds of music and the Beatles were at the forefront of that. I’ll never forget hearing Abbey Road for the first time and thinking “wow, this is the coolest thing I’ve ever heard!”