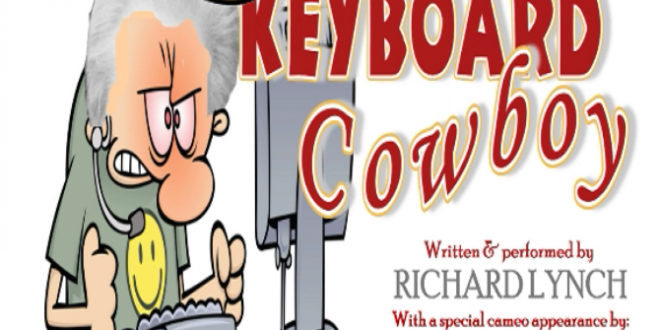 The timeliness, the humor, and the great melody and vocal are sure to make this another hit for Richard. Saddle Up, Country Fans! “— Michael Stover, President, MTS Management Group

Two years ago, Richard Lynch topped the country airplay charts with his single, “Cut and Paste.” Written by JK Nick Nichols, the song described using computer technology to bring two lovers together, via the magic of photoshop. The video for “Cut and Paste” went on to receive more than 45,000 views on Youtube, while becoming an Official Selection at several major film festivals. The track alerted fans that, although the Ohio Country Music Hall of Famer remains true to his traditional country roots, Richard Lynch is no stranger to computer technology, especially social media.

Picking up where “Cut and Paste” left off, Richard Lynch is releasing his most humorous and relatable single to date. “Keyboard Cowboy” hits radio airwaves on, appropriately enough, April 1, 2019…April Fools Day. Penned by Lynch and his wife, Donna, the song tells the familiar tale of today’s fearless social media commentators, hiding faceless, behind their computer keyboards. The track is being released on Fence Row Records.

“Of all the songs that we’ve helped promote, this is my favorite Richard Lynch track, so far,” said Michael Stover of MTS Management Group. “The timeliness, the humor, and the great melody and vocal are sure to make this another hit for Richard. Saddle Up, Country Fans!”