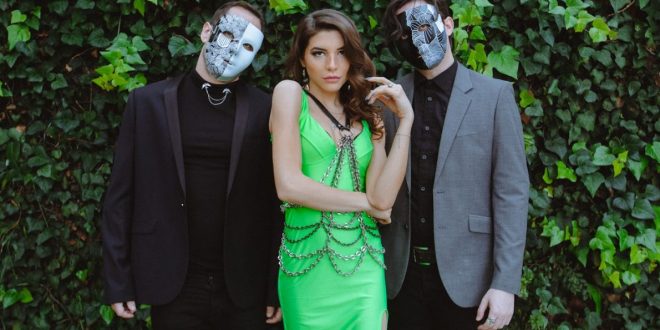 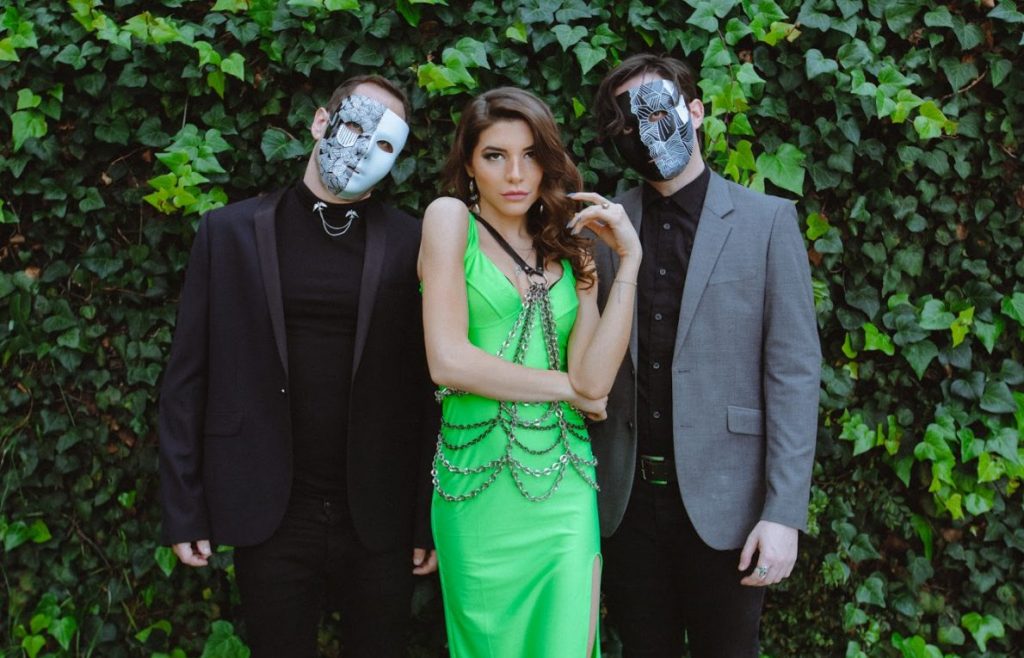 Cynister, a three piece featuring two men and a female vocalist, is a bit of an oddity. The unusual appearance of the band’s two male members, particularly juxtaposed against their vocalist, obviously nods to the band’s theatrical sense and makes an effective visual hook for listeners to delve deeper into the band’s world, but the music backs it up down the line. Their single release “Stuck” is guitar-driven fare, but it embraces an industrialized buzzsaw six string sound rather than conventional textures. It gives the track a darker hue, undoubtedly intentional, and places Cynister in a distinct stylistic school they tackle with skill. This Los Angeles based outfit is new, only formed last year, and pop melodies, along with trap, are equally strong influences on this debut single.

Beyond appearances, the band’s lead singer Cynnie Jane has a voice providing a sharp contrast as well. She possesses a soulful bray that cuts through the occasionally raucous overwhelming accompaniment, but Cynister doesn’t exclusively focus their musical efforts on guitar crunch. “Stuck” observes strict dynamics throughout alternating the melodic and electronically tinged riffing with muted verses where the full on aural blast takes on a more muted stance that allows Jane a chance to shine vocally. Her emotional range really aids powering this number and gives it variety that, in the hands of a lesser performer, the song would have lacked.

The lyrical content has a distinct personal air without ever obscuring itself for listeners. Anyone who has lived through difficult circumstances in their life will relate to the plain-spoken, yet well written, lyric and Jane’s aforementioned emotional range elevates the songwriting’s inherent drama. It’s an ideal lyric for the musical setting. The thrashing guitar work reflects the inner tumult depicted in the lyrics without ever coming off heavy handed in any way. Despite only forming last year, Cynister presents a fully rounded single with this release and sounds like a band who have worked together much longer than their history indicates.

“Stuck”, as well, benefits from excellent production values far beyond what we might expect from an indie act. Cynister, from a strictly presentation point of view, is ready for primetime, to borrow a phrase, in a way you’d rarely expect from a nascent act. The vocal and musical attack are well balanced against each other and the sound has considerable punch from the outset without ever becoming oppressive for listeners. It is difficult to not imagine the band entered the studio for recording this track uncertain of any aspect because confidence radiates from every second of this three minute recording.

The music world has changed enormously over the last twenty plus years, but the competition between Los Angeles bands for pieces of an increasingly smaller pie is likely more heated than ever. Cynister, however, are positioned in a way few of their contemporaries can claim – they come charging out of their corner with an assertive sound proving the trio are already adept at pouring old wine into new bottles. “Stuck” is a great single and will be “stuck” in your head for some time to come.