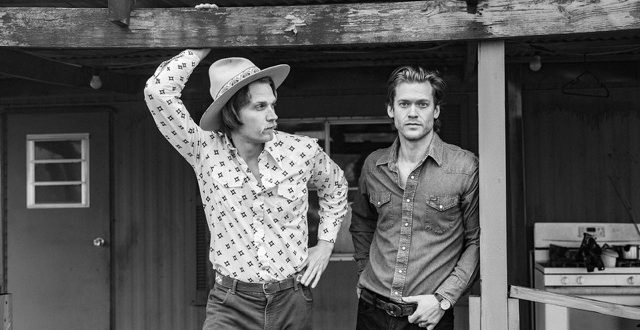 Jamestown Revival’s highly anticipated new album, San Isabel, will be released June 14 on Thirty Tigers and is now available for pre-order. In advance of the release, the band’s new song, “This Too Shall Pass,” is available to listen to (below):

Each digital album pre-order comes with an immediate download of “This Too Shall Pass” as well as album track, “Crazy World (Judgement Day),” which recently premiered at Billboard. You can watch the acoustic performance below:

Of the inspiration behind the album, Clay comments, “We wrote this record with sort of an overarching theme, which is cutting out the noise for a minute and maybe stepping away from social media, from the internet and from the complicated, busy nature of most of our lives—and focusing on existing for a minute. If this record inspires people to do a little bit of that, then we would be really happy with that result.”

The release of San Isabel follows a series of breakout years for Jamestown Revival. After meeting as teenagers in the small town of Magnolia, TX, Clay and Chance went on to self-release their debut album, Utah, in 2014 followed by their acclaimed 2016 album, The Education of a Wandering Man. Of the Austin-based pair, Consequence of Sound declares, “…one of the country’s preeminent Americana duos,” while CMT praises, “…an eclectic style of alt country for hearts who live to ramble.” Building a fan base through grassroots support, Jamestown Revival has toured relentlessly over the past four years, performing at iconic venues from the Ryman Auditorium to Red Rocks Amphitheater as well as countless festivals such as Coachella, Austin City Limits, Stagecoach, Willie Nelson’s Fourth of July Picnic and more.

May 11—Washington, DC—Sixth & I Historic Synagogue*

*with special guest The Cordovas

†with special guest Chris Ross and The North