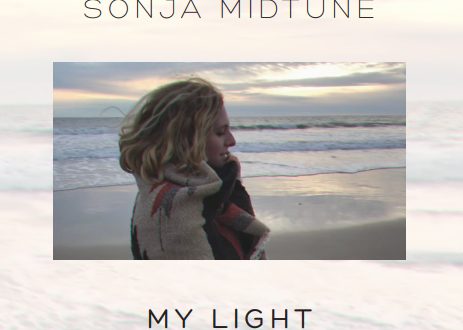 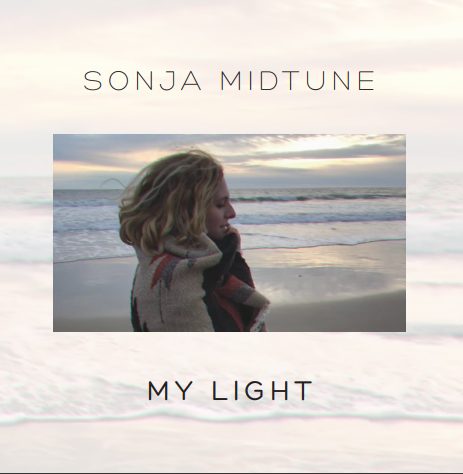 Enter Zuma Beach, California on an overcast afternoon in spring and you’ll likely find the same wondrous view that Sonja Midtune is joined by in her new music video for the single “My Light,” which itself is as beautiful as the landscape featured in the video. Gilded guitar strings come apart under the weight of Midtune’s sly vocal, which is tender but full of a ripping vitality that she makes the most out of over five minutes of excellent pop balladry. The interactions between her singing and the other instrumentation unfolding beside her is nothing short of divine, but represents only one reason why listeners are sure to fall in love with this sleekly appointed single.

There’s a ton of layers for us to dig through from the moment the music commences in “My Light,” but it doesn’t take a particularly sharp aesthetical shovel to find the more stunning treasures within the composition. Obviously, as anyone who knows Midtune is already aware, her vocal is the most hypnotic and alluring element of any given performance, but it’s a bit understated in this song compared to most of her previously released material. In the dexterously designed master mix, it’s tucked neatly between the guitars and percussion, grabbing our attention with its evasive sway.

“My Light” features an amazingly meticulous mix, putting almost all of the emphasis squarely on the lumbering tempo of the song and the way that it contrasts with Midtune’s swift execution. In a live setting, I can see this track becoming one of her most powerful and requested songs almost exclusively because of the acrylic texture she renders out of the juxtaposition of easygoing vocals and hesitant percussion. It’s eccentric and zany, but it’s not so experimental in nature as to repel more mainstream listeners and casual pop fans.

The suffocating arrangement of the instruments in this single doesn’t crush us at the onset of the song, but as we near the finish line it begins to feel a little claustrophobic. Thankfully, Midtune was wise enough to make this juncture of the track her primary climax, and rather than feeling closed in by the grind of the guitars against the ominous bassline, we feel relieved, as if all of the tension in the room was released at once. This gives “My Light” a very surreal conclusion to fit its effervescent melodies, which despite being as light as a feather manage to sear their tonality into our minds with only a single listen.

This isn’t just a breakthrough release for Sonja Midtune; it’s a mammoth addition to her already respectable discography, and possibly gives us some clues as to where her sound is taking us next. “My Light” has a slight jazz bend to its tone that really excites me as a critic for a couple of reasons. For one, it’s something different that she’s never tried before, which is always intriguing from a fan’s perspective. And two, she wears the sound so well that it would be almost criminal not to explore what she could do with it full-time. I’ll be waiting to see for myself, and I doubt I’m the only one.