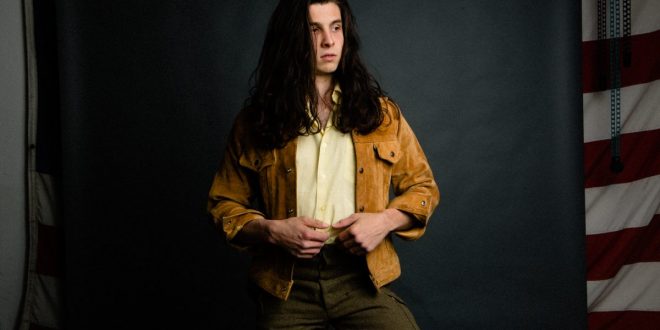 Emerging singer/songwriter Billy Raffoul releases new song “Lovely” Friday on Interscope Records. “Lovely” was written by Raffoul and produced by Greg Kurstin and Raffoul. “Lovely” is available now at all digital retailers and will appear on Raffoul’s forthcoming debut album which will be released later this year.

Raffoul will hit the road this spring first heading out on a handful of dates opening for Julia Michaels, then supporting Parachute on their North American tour. The extensive run of dates with Parachute will bring Raffoul to New York’s Gramercy Theater, Nashville’s Cannery Ballroom, D.C.’s 9:30 Club, Boston’s Royale as well as two dates at Los Angeles’ Troubadour. With his debut album due out soon, he’s looking forward to widening the reach of his live show, a stripped-back performance currently featuring only Raffoul, his guitar, and his drum pedals.

Growing up in the small farming town of Leamington, Ontario, Raffoul first started writing songs at age 10, thanks in no small part to the influence of his father—a musician who’s opened for everyone from Joe Cocker to Bon Jovi. After landing his first paying gig—playing to long-haul drivers at a local truck stop—Raffoul began playing at nearby bars and clubs at age 16, often driving into Detroit for shows. He eventually connected with a manager and moved down to Nashville to push forward with his music career. Soon after scoring a deal with Interscope Records, Raffoul released the critically hailed song “Driver” and followed that with his debut EP 1975 in June 2018. Critical praise followed with NPR raving, “Billy Raffoul has stepped into the spotlight.” Over the past few years, Raffoul has opened for heavyweight artists like, Kings of Leon, X Ambassadors, NEEDTOBREATHE and Kaleo, captivating crowds with his understated yet intensely passionate stage presence.