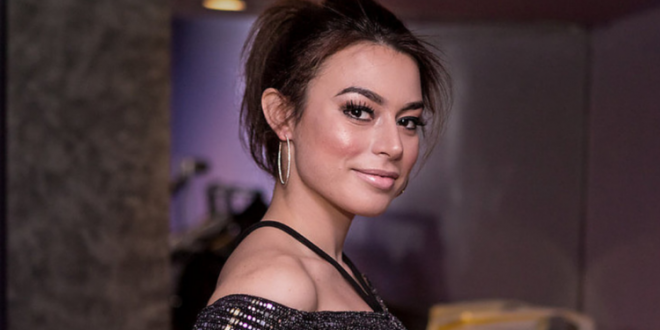 Kendra Black is an electronic dance music singer-songwriter and producer hailing from New York City. Her dance background was initially fostered in the traditional sense, via Washington, D.C.’s Kirov Academy of Ballet. Once Black had graduated at just 17, her pursuit of musical performance eventually carried her internationally, from the Carribean to Monaco, and even to Egypt. She would further her training with professors in such prestigious European schools as France’s Music Conservatory of Cannes and Italy’s Giuseppe Verdi Conservatory in Milan. Later on, Black returned onto New York soil, honing her vocal chops through the likes of New York Vocal Coaching director Justin Stoney, A&R Megan Cress of Voice Academy NYC, and Ilana Martin of Vocal Workouts singing school. Black has since been featured on AXS, PopDust, and AllAccess following the release of her debut album, The Edge, back in 2017.

From Black’s latest album, The Fire comes the representative single, “This Love.” Right away, Black’s tonality exhibits solid growth, building and projecting through sleek EDM instrumentation. It sits well amidst the involvement, and the enveloping chorus effect on her voice does its part in not only adding warmth but a distinctive quality to the general structure. In terms of Black’s representation of love from a lyrical standpoint, she seems to have experienced the feeling in its fickle, temporary permutation, which has ultimately allowed her to maintain a strong sense of independence regardless of its outcome. Total in the catchiness of the anthemic instrumentation, and there’s clearly a strong talent coming into form.

I come from a family who is passionate about all things music. I learned to sing at an early age, and by 13, had my very own Fender Strat guitar. I tried my hardest at learning all that I could. Because I was born with cerebral palsy, I had to teach myself an adaptive playing style. I learned to write and record my own music, despite these difficulties. In college, I started making great use of my writing abilities by reviewing music, as well as copy editing. I guess it's best to stick with what you know, while welcoming a fair challenge at the same time.
Previous Album Review: Shallow Side – Saints & Sinners (Out March 29)
Next Gallery: All Hail The Yeti at the Musink Festival at the OC Fair & Event Center in Costa Mesa, CA on 3/8/19