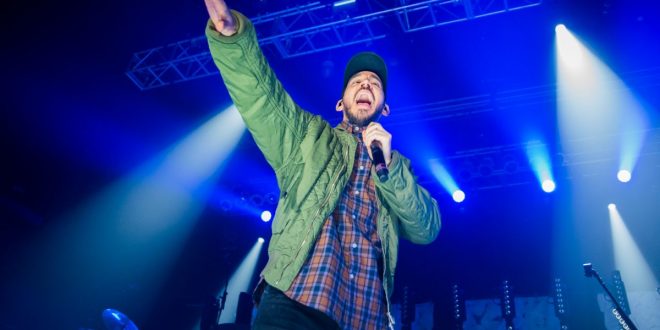 Mike Shinoda (of Linkin Park) released the official video for “I.O.U.” on Monday. The song comes off his solo debut album Post Traumatic, out last year on Warner Bros. Records to unanimous critical acclaim. Directed by Chady Awad, the new video features exclusive footage from his massive U.S. tour this past fall and comes just days after the kick off of his European headline leg in Berlin. A full list of dates is below.

“I.O.U.” follows the recent release of Mike’s two new tracks, “Prove You Wrong” and “What The Words Meant,” which are now available on all DSPs for the very first time as part of Post Traumatic (Deluxe Edition). Earlier this year, he teamed up with MasterCard for the launch of their first-ever Sonic Brand, a sound signature that will serve as an audio logo for the brand. Learn more here.