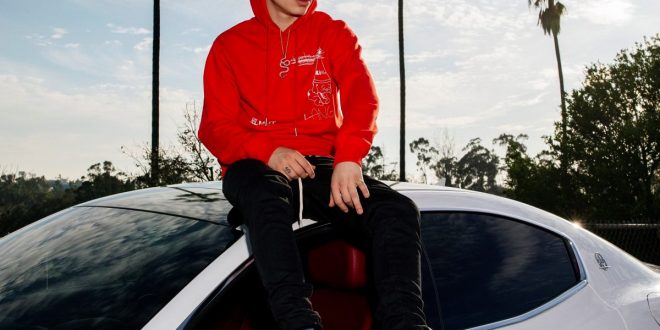 Known for his gritty lyrics and distinct drawl, rapper Lil Mosey is showing his smoother side in his latest video, “Greet Her.” Director Chad Tennies was tapped for the captivating visual, which was filmed in Los Angeles. Featured on his debut project, NorthsBest, the song samples Chris Brown’s “Yo (Excuse me Miss)” as Mosey croons about the object of his affection.

Lil Mosey has started the year off strong, recently embarking on the Northsbest World Tour in support of his project, Northsbest. The 11-track record has performed well, spawning several singles, including the RIAA Certified Platinum, “Noticed.” Label representatives and management presented Mosey with the exciting news during a sold-out performance at Novo in Los Angeles. Not one to rest easily, the rising hip hop star continues to keep the bar high, averaging over 19 million weekly global streams and gaining momentum with each new release. Fans can also catch the rapper performing at Rolling Loud’s five-year anniversary on May 11th in Miami, Florida.