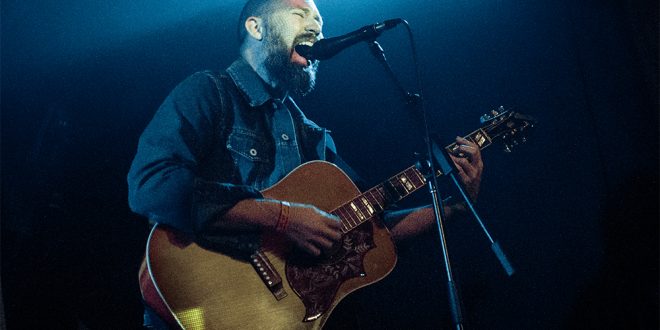 “The song sums up the hopes and dreams we all had in our youth, ideas about what could have been, and how to move on from where you are right now,” says Kubanda.

As an international touring artist, Kubanda knows a thing or two about having big plans. He launched his concert company Epic Proportions Tour in 2011, hitting the road in an old school bus powered by used vegetable oil. The singular goal was to bring national recognition to upcoming bands. Now, surpassing 650 concerts and 22 tours (including the US, Australia, and Europe), Kubanda still finds the time to steadily release catchy, indie-pop gems.

“‘Damn Plans’ is about waking up today and choosing to put aside old regrets, longings and structures of thought,” says Kubanda. “Even though it’d be easier to fall back into indulging those Might Have Been’s and Only If’s.“

Kubanda got his first taste of success after being a featured cast member on VH1 Classic’s: Rock N Roll Fantasy Camp reality show. That experience soon evolved into opportunities to tour/perform at Vans Warped Tour, Summerfest, SXSW, CMJ Festival, NAMM and many more.

As if there wasn’t enough on Kubanda’s plate, he recently launched EduMusication, a non-profit program that promotes the importance of music education to high school and college students. The crew spends time inspiring the music students in their classrooms, providing live performances, workshops, and lectures.

Listen to “Damn Plans” on Spotify.