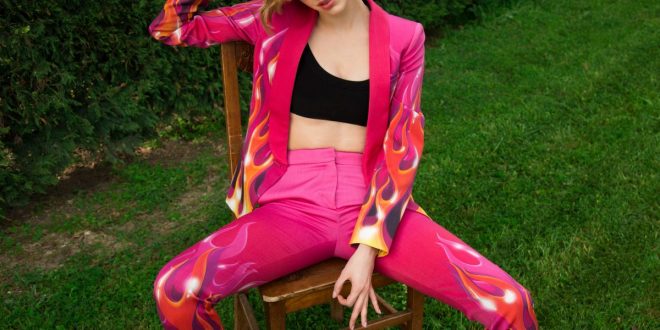 Ultra Music’s rising global sensation, Betta Lemme is back with her new single “Kick The Door.” Meant to be the ‘fight song’ off her forthcoming collection, Betta is quite literally kicking the door down and proving she isn’t going anywhere until her voice and message heard. The singer, songwriter, and multi-instrumentalist has already cemented herself as an artist to watch, gone viral with her debut “Bambola” which has over 50 million views on YouTube while her latest release “Give It” follows suit with 1 million views since its release in mid-December.

When asked about “Kick The Door,” Betta Lemme elaborated: “This is the Tarantino fight scene. This song is the iconic moment of fighting the group that bullied you even if you’re alone against the wall. KICK is the anthem and energy needed in a world where we have to fight to be ourselves. We are faced with so many challenges and barriers in this day and age that we never thought we’d have to experience. Just when we think we’re going to be fine someone wants to put a wall in front of us. Sometimes that person can even be yourself. The goal of this song is to keep up the tenacity even when you’re scared or uncertain, to fight and kick through anything that gets in your way so you can be the best version of yourself. The song is about kicking through the bullshit, insecurities, and fear. Everything we really truly want is on the other side of fear whether it’s breaking up with someone, whether it’s asking for what we want, and being unapologetic with our true selves. Sometimes we’re scared to simply be ourselves and this song is about taking back your power and telling the world ‘bring it on. I’m ready.’”

Every Betta Lemme song is a movie, or at least part of a movie, a scene set for supreme drama and impetuous romance and sometimes a little lovely tragedy. With her opulent sense of melody, the Montreal-bred singer/songwriter dreams up dance music that not only elicits beautiful movement, but builds entire worlds inside your mind.

Having recently signed a record deal with Ultra Music, Betta is now at work on her full-length debut. Each of her forthcoming songs are sprung from an elaborate dreamworld where her icons are her closest companions, all designated an essential role – Freddie Mercury is her father, Gaga’s her older sister, Liberace’s her decorator, etc. When sculpting a new song, she often chooses two disparate artists and envisions their unlikely offspring (e.g., the musical baby of Nine Inch Nails and Britney Spears). Other times, Betta imagines songs as soundtracks to very specific movie moments, such as a dance-track-in-the-works she conceptualized as a Quentin Tarantino fight scene. “I’m just creating, creating, creating.” Betta says. “I’m taking my time with everything because I don’t want to ever come out with cheap sounds – I want to come out with beautiful songs for you to dance or cry to.”

Previous Animal Feelings rework a Terrence Trent D’arby classic
Next Gallery: Like a Storm at the O2 Ritz Manchester 28.02.2019