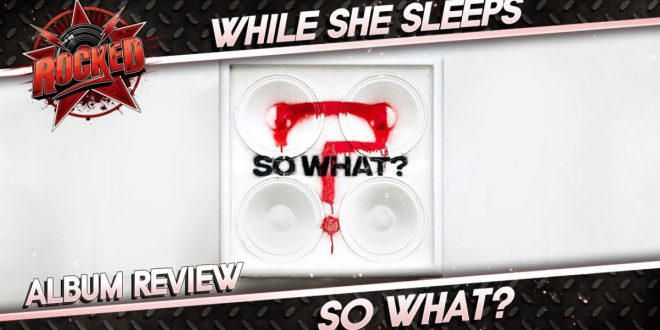 A review on So What?, the fourth full album from England’s While She Sleeps.

While She Sleeps are an English metalcore band from Sheffield. Formed in 2006, the group consists of vocalist Lawrence Taylor, guitarists Sean Long and Mat Welsh, bassist Aaran McKenzie and drummer Adam Savage. They are currently an independent band in the UK and are signed to SharpTone Records in the US and UNFD in Australia. #WhileSheSleeps #SoWhat #AntiSocial

Overall, So What extends the reach of While She Sleeps slightly further than what they have made previously. It’s the type of music to hype of a crowd and start off a good show in concert venues and While She Sleeps brings enough volume to make sure you won’t be caught sleeping.

I am an album reviewer, band interviewer, concert photographer. At least once a week I review a new album in the rock genre the week it comes out (anything from alternative to metal). Check out my site at www.rockedreviews.net and my twitter feed @rockedreviews"
@http://www.twitter.com/rockedreviews
Previous Madre x Mia Release Debut Music Video
Next Album Review: Hozier – Wasteland, Baby!