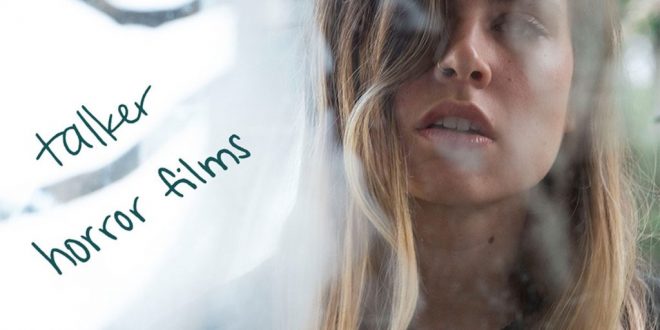 The wave of vulnerability that crashes through talker’s recently released EP Horror Films refuses to let its listener up for air until the raw tide of emotional pull runs its course. There is a startling relatability to each track on this five-song compilation. Showcasing her true talent as a storyteller and songwriter, talker speaks to the tumultuous tension of early adulthood and the internal push and pull of you against yourself and you against the Other. Folded neatly between classic characteristics of indie-alternative are slivers of and realness that implores a deeper listen. Also, to be frank, it’s an objectively well-manicured, tried-and-true rock album with an incredibly talented young woman taking a creative stronghold over her artistic process, and who can’t get behind that?

“This EP is really special to me because it captures a pivotal moment in my life. With these songs I figured out who I wanted to be as an artist, what I wanted to sound like, and ultimately the trajectory that I want to have for my future releases. This EP is me moving to LA and finding myself – or at least a part of myself. And I’m super ready for it to be out in the world so I can keep writing and putting out even more music.”

She celebrates her album release with a party at Hi Hat in Los Angeles, welcoming support from local acts. Get tickets here.

Originally from Folsom, California, Celeste Tauchar started her musical project, “talker” just one year ago. Now at the youthful age of 23, Tauchar is already an accomplished artist. After earning a spot as a finalist in the highly competitive “Guitar Center Songwriter 5” competition, Tauchar performed at a concert headlined by City and Colour. Since then, she’s played a number of shows with artists such as HOLYCHILD, Dan Sadin, Colver,  and has extensive experience touring as a touring member of FRENSHIP.