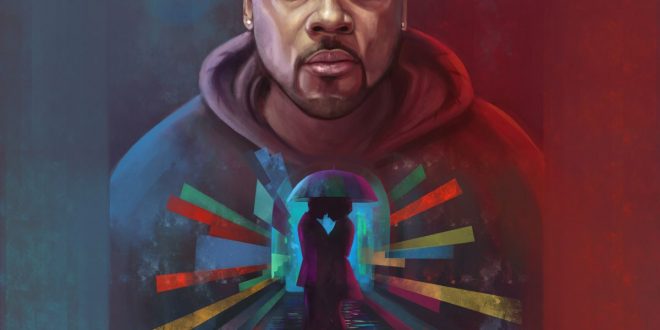 A heavy-handed strike of the piano is soon met with a searing guitar riff. Pulsating drums trip over each other, desperate to clear a path as rapper NoTrace comes ripping through the silence with lyrical might in the brand new single “Vibrations,” which also features an awesome appearance by singer Glenn Travis. NoTrace dexterously weaves imagistic words together in a tapestry comprised mainly of streaming dialogue that relates to anyone who has ever been so overwhelmed that they had no choice but to live moment to moment. With a swaggering attitude, he describes the angst-ridden existence that led him to the realization that life is an unpredictable thrill ride that you’ve got to enjoy whether you’re staying high or have fallen unbearably low.

Glenn Travis’ evocative pop vocal intertwines with the instrumental melody when we get into the chorus, but the two never become indiscernible from one another. I was surprised when I first listened to this song at how seemingly short a time it takes for us to wade through the thick, bass-saturated introduction, sublime first stanza and finally wind up in the crosshairs of this bittersweet serenade tucked right in the center of the track. Although nimble and produced as to leave not an inch of sonic space unutilized, “Vibrations” has a lumbering, top-heavy physicality to it that makes the substance of its emotional content all the more affecting and insightful. When you compare this song to others of a similar persuasion (at least lyrically), it’s not nearly as preachy or self-righteous as what has become all too common in modern hip-hop.

Even as NoTrace breaks down feeling helplessly tortured by the mistakes that he’s made, the optimism that flanks his admissions is hard to avoid. This doesn’t water down his statements or make them feel somewhat Disney-esque, but rather it magnifies the relationship between a person’s outlook and the circumstances that they inevitably find themselves in. While not always directly related, NoTrace essentially promotes the idea that in order to be happy in this world, you’ve got to be happy with yourself first, which as most of us are aware isn’t always the easiest of tasks to accomplish. At any rate, the narrative never devolves into unsavory idolism, shifting of blame or self-loathing. This is music to empower the soul with, straight up.

Following one final smackdown of a chorus from Glenn Travis, “Vibrations” fades away on the back of its rollicking melodic base, which is somewhat ambient and droning in nature but bonds itself to the verses in this song phenomenally. From start to finish, NoTrace and Travis put on a clinic in making a relevant urban pop duet with this single, and while it doesn’t veer very far off of the beaten path in terms of structure and framework, “Vibrations” is a deeply textured and vividly crafted addition to the hip-hop discography of the 2010’s. Although many have claimed otherwise, I think this will be the decade in urban music that is most remembered for its social impact on pop culture, and in many ways, this song supports that very argument. 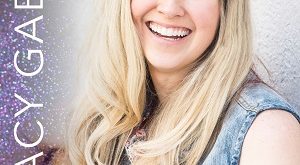