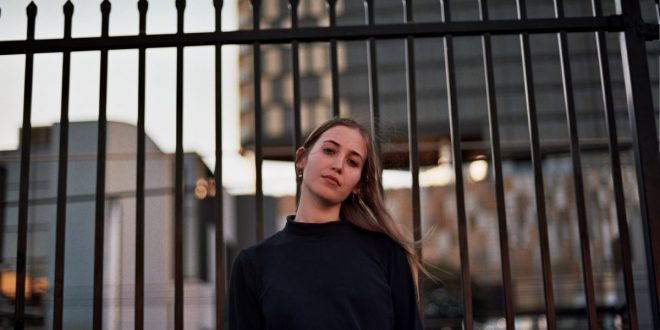 Brisbane, Australia based singer/songwriter/bassist Harriette Pilbeam (known as Hatchie) has announced her highly anticipated debut album. Keepsake will be released on June 21st via Double Double Whammy. Below, you can watch the Joe Agius-directed music video for the Keepsake’s lead single “Without a Blush.” In a statement, Hatchie called the track “the perfect introduction to the feelings & sounds on the rest of the record.”

I’m not much of a nostalgic person when it comes to memories, but I do have a tendency to hold on to certain things, like tickets from time I went someplace on holiday,” says Hatchie in reflecting album’s title. “It made sense to me to call the record that, at a time when I’m going to probably end up with a lot of keepsakes—and in a way, this whole album is almost like a keepsake in itself.”

Prior to releasing her debut album, Hatchie will embark on a spring tour of North America alongside Los Angeles indie rockers Girlpool. Dates for the run can be found below.

Previous Starcrawler share new single “She Gets Around”
Next Interview: Johan Niemann of Evergrey