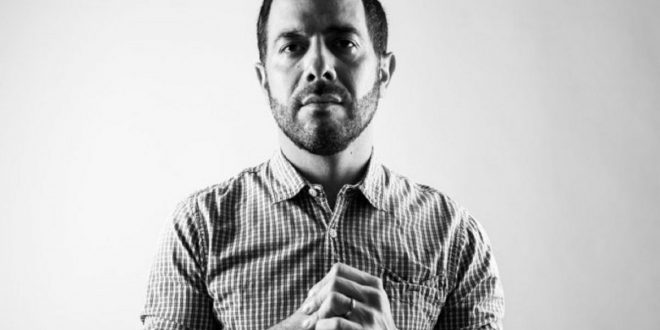 The Camino Side Project’s Brand New Album Of Movement & Music

Effervescent grooves guide a humble set of guitar strings along a rhythmic path in the first few bars of “Vilma’s Soundtrack,” the lead single from The Camino Side Project’s brand new album Of Movement & Music, which is out now everywhere that indie rock is sold and streamed. A chance to embrace all the gilded melodies that this rollicking folk jam brings to the table would be more than enough to win most listeners over, but honestly, it’s far from the only reason to pick up a copy of this LP. In twelve inspired exhibitions of surrealism and pop harmony, The Camino Side Project imparts an aesthetical vigor that is essentially unparalleled in today’s jaded musical climate, and together they make for a thrilling listening experience to say the least.

Paul Farran, the man behind the band, experiments with a lot of different styles in Of Movement & Music, but doesn’t allow his ambitious framework to cloud the intricacies of the tracks at all. “Right Here,” “A Taste for Change” and “Supermoon” wallop us with enormous basslines amidst fragile, acoustic-bound melodies that are as soft and tender as a strand of rare silk. Songs like “Wheels” and “Jam in the Bus Lane” come to us saturated in an understated melancholy that is at once heartbreaking and at the same time unstoppably lush and palatable, and it’s through this muscular master mix that we’re able to appreciate all of their immense detail.

The texture in “The Autobiography of Mr. Borern” and “Silent Picture” vividly reaches through the speakers and begs for us to dig through the layers of sound to find a deeper narrative in the sleek arrangement of instruments. The Camino Side Project flirts with enigmatic lyricism throughout the course of the album, and in tracks like “Human Faces,” Farran abandons traditional songwriting models altogether in favor of structuring the song around his posh poetic drawl exclusively. The concept works incredibly well here, and listeners are rewarded with a treasure chest of raw emotion as a result.

As we move towards the conclusion of the record, the tension builds more and more, coming to a penultimate climax in “Highbeam” that is extended in the final track “Silent” (though using completely different means). I wouldn’t go as far as to call this a progressive LP in nature, but it definitely flows with the same theatrical vibe that we would normally find in a rock opera. In any case, to listen to these 12 songs separately is an undisputed good time, but to absorb them in the arranged order that Farran intended yields a much more engaging session for audiophiles and occasional rock fans alike.

Of Movement & Music, top to bottom, is one of the smartest rock albums of 2019 thus far, and if I were the gambling type, I would place hefty wager on the notion that come the end of the year, audiences are still going to be enamored with its 12 feverishly addictive tracks. You don’t have to be a critic or even a music aficionado like myself to understand the level of care and amount of time that went into creating a work of art as elaborately-conceived as this one is, but for those of us who live for erudite records that go above and beyond the status quo, this stands as the epitome of modern quality audio.