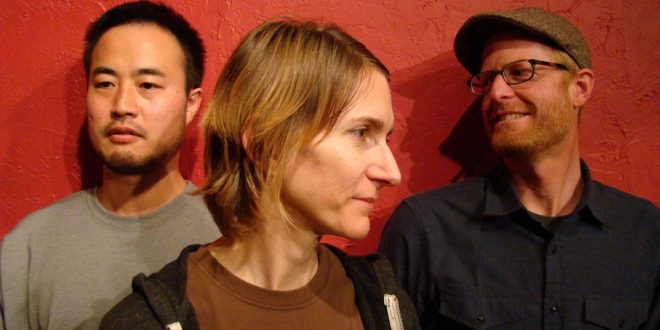 Razor sharp riffs glide along capricious grooves framing an opulent melody. Drums pitter-patter against a reflective atmosphere of sonic bliss; vocals penetrate the blanket of noise, if only for a couple of memorable verses, before retreating into the whirlpool of tonality from which they first emerged. “Until I Learn Your Name Again,” the ninth and final track that brings Modern Remains to a close, is perhaps the penultimate climax that Brookhaven & Scatter Swept construct for us in their recent collaborative LP. The magnificent hypnotism isn’t isolated to this song alone, though; in “Path in the Dark,” supple strings wander through an ominous and misty backdrop of bass, begging us to follow them as they enter the thick of a mind-bending, psychedelic plain of surrealism. “Centerform” deceptively convinces us that we’ll be safe from its striking minimalism, before suffocating us with its constrictive, insular EQ. “I Write for No One” plays with jazzy rhythms but never abandons the formless model of the album, and though “Concolor” and “Be a Certain Number” take a second to heat up, once they do they’re a pair of impossibly fiery testaments to the bands’ incredible sonic depth as a collective unit.

Texture is a key component of everything that we experience in Modern Remains, from the sultry opening bars of “Sawtell” to the contrition within “Already Moving Away” and its somber central hook that, to me, was reminiscent of rain falling on an otherwise sunny day. Brookhaven & Scatter Swept mesh so well together in this record that it wouldn’t be surprising to me in the least if we were to see a live collaboration in their recording future. They play off of each other’s cues exceptionally, giving into the carnal pleasures that come with pursuing every experimental idea that two groups can formulate in the same studio. “No Focus” blinds us with its surreal weightiness, while “I Write for No One” demonstrates their knack for cultivating a basic beat into an utter work of genius, regardless of how shapeless it might be structurally. These bands are firing on all cylinders in this release, and sharing something truly unique with their fans both old and new alike.

Modern Remains impressively brings the two sprawling sonic profiles of Brookhaven & Scatter Swept into a singular masterpiece that is broken into nine of the most provocatively stylized post-rock songs I’ve heard in the last year (while also speaking volumes about the chemistry between both groups of musicians). Not only does this record stack up against anything that either band has released individually, it pushes previously set boundaries to remarkably eclectic limits that other artists simply wouldn’t feel comfortable, nor brave enough, to experiment with. As ambitious an LP as this is, it never tries to dazzle us with a lot of unnecessary showmanship or filler that ultimately ends up being a thorn in the side of a release this broadminded and cathartic. This album is a huge success for Brookhaven & Scatter Swept, who deserve to be recognized as premier acts in a burgeoning generation of creative talent.