Home / Headline News / Circa Waves share new track “Times Won’t Change Me”, new album What’s It Like Over There? out 4/5 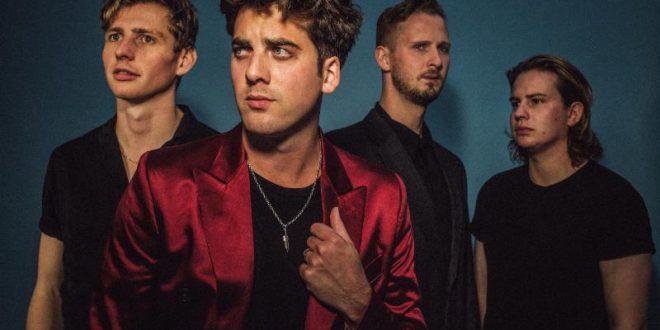 Circa Waves share new track “Times Won’t Change Me”, new album What’s It Like Over There? out 4/5

Ahead of the release of their third album What’s It Like Over There? (out 4/5 on Prolifica / [PIAS]), today Circa Waves are pleased to share new track “Times Won’t Change Me” alongside its accompanying video. Watch and listen HERE.

New single “Times Won’t Change Me” is a piano-led gospel inspired anthem, Circa Waves as you’ve never heard them before. Taking these universal sounds and locking them together into piano-singalongs, swelling orchestras, fuzzy rock and arena-baiting marvels, the track sets the tone for the record’s buccaneering spirit, using drums as a leading instrument rather than a thumping follower.

The band also share the music video today that mirrors the track’s effortless, yet infectious simplicity. It sees frontman Kieran approach a piano in his dressing gown. As he plays the opening chords of the track the screen splits and sees Kieran transported into a looking glass fantasy world complete with a lighting rig and the rest of the band (Joe, Colin & Sam) performing wearing chic, clean-cut black suits and ties. Just as the track builds around that piano riff, the video builds itself around the piano, ending with Kieran sitting alone as he was, the moment of inspiration over.

Recorded in just one month and renewing their blossoming co-producing relationship with Alan Moulder (Foals, The Killers), What’s It Like Over There? is an album that’s creatively unshackled and refuses to stay still. It fuses the visceral thrill of rock music with a slick pop sound, brimming with themes of modern ennui, emotional fragility and the inside-outs and upside-downs of relationships.

While the anthemic “Movies” will appeal to the band’s long-standing fanbase, the likes of “Sorry I’m Yours” and “Be Somebody Good” see Circa Waves experiment with a new progressive sound that will surprise and delight in equal measure.

“Me Myself & Hollywood” touches on the band’s love of R&B, while “Times Won’t Change Me” is a piano-led, Beatles-inspired future hit. What’s It Like Over There? always manages to sidestep genres and easy pigeonholing, but what remains constant is Circa Waves’ ability to create singular, infectious music.

Speaking of the new album, Shudall and guitarist Joe Falconer comment; “We wanted to start seeing ourselves less in those defined roles – the drummer, the bass player – and blurring the lines a bit more,” says Falconer. Instruments were swapped, pianos were played, the song was king. “I’m really getting into the world of ‘let the song be the greatest song it could be’, and not let the restrictions of ‘we’re a rock band’ rule,” adds Shudall. “We wanted to make it as big and powerful and as cinematic as it could be. Being completely open to using everything at your whim is really exciting.”

As a band that is no stranger to hard work, the foundations for album number three are already being laid. Getting underway earlier this month, the boys have been embarking on a sold-out run of some of the most intimate shows they’ve ever played, treating fans to a selection of old favorites and road testing new material, paying back their fierce loyalty and the fanatical support they’ve appreciated from the very beginning. The tour has seen the band visit towns and cities that don’t always receive large touring bands, including the likes of Dunfermline, Kilmarnock, Stockton-on-Tees, Milton Keynes, Guildford and Tunbridge Wells.

Previous album Different Creatures birthed three Radio 1 A-list singles and propelled Circa Waves to their biggest festival run ever, starting with  Reading & Leeds in 2017 and ending with aplomb at this year’s Community Festival in July.

Circa Waves’ third album will become the album their fans can’t live without. It’s another leap forward, another magical reconfiguration of their DNA, a union of emotional depth and intricate songcraft. Circa Waves have embraced the mindset that they’re allowed to create whatever they want. The results are stunning. 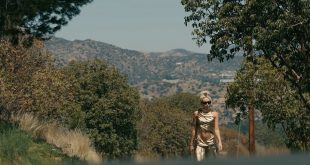