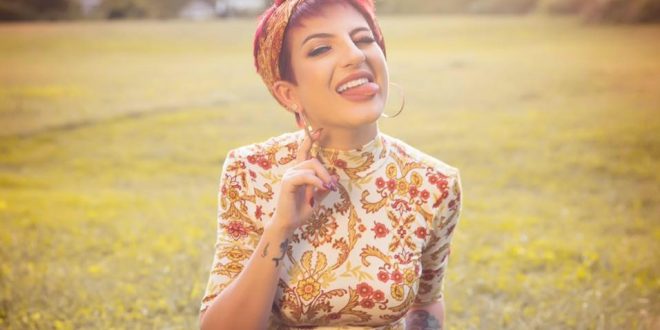 Currently based in Long Island, NY, Tina DeCara is a tour-de-force of a singer-songwriter. Her soulful voice and songwriting capabilities were inspired by some of the greatest performers of the world, which include Amy Winehouse, Lady Gaga, Ella Fitzgerald, Nina Simone, and Michael Jackson. Recently starring in FUSE TV’s National Docu-Series “Saturday Morning Fever,” Tina DeCara was the only female singer-songwriter to showcase her talents in singing, acting and dancing.

Her recent single, “Solo” was released last year and is described as “an infectious pop tune” the track went viral at the end of 2018, appearing on the famed Official Spotify Playlists of New Music Friday , Canada, Sweden, Germany, Australia Top 50 and Global Top 50. Today, she debuts the brand new music video for Solo.

We got a chance to have Tina answer some questions about her music and her career to date as well, here’s what she had to say

I would describe my personal sound as jazz, pop, with a mix of EDM and Trap inspired references.

How did you first get started in music?

As a little girl, around 6 years old, I was always caught singing poems. Then, in high school, one of my choir teachers told I had a unique voice and fell in love with jazz music which start working with label at the age of 15.

My major breakout gig would be my performance on Fuse Network. And also performing my song “Dreamer” with The Golden Ponies at Electric Zoo.

What does it take for a band to stand out in a music environment such as Long Island?

You need to be yourself. Hustle, travel and not stay limited to Long Island. It’s not hard, I have purple hair and tattoos. I stand out enough. Haha!

live performances, you’ll expect a new show each time. I play friend, . He helps us create a live show with the guitar, electric and acoustic. It’s so much fun. I can perform every night.

Do you primarily write your own songs?

Yes, 99% of the songs are written by me. And if a song is not written by I sang it, that means I’m passionate about the lyrics and can relate.