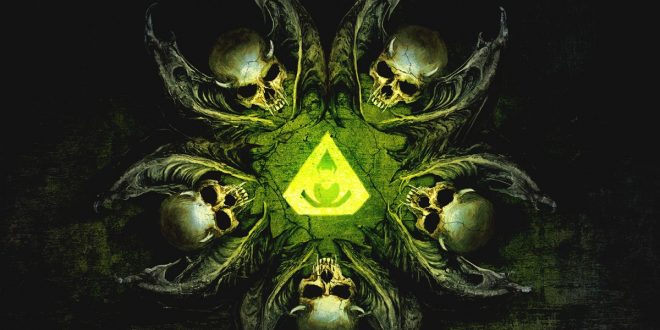 Over Kill – “The Wings Of War”

Not even two months into the new year and 2019 is starting off with a blast. On February 22nd New Jersey’s very own Thrash Metal veterans Over Kill will release their nineteenth studio album “The Wings Of War” on Nuclear Blast Records. For almost forty years the band has been grinding out album after album without any change in the musics formula, although the same can’t be said for the bands lineup. “The Wings Of War” will be the bands first album with drummer Jason Bittner who in 2017 replaced the bands longtime drummer Ron Lipnicki who joined the band back in 2005 which was also the last year the band had any type of lineup change until now.

The opening track “Last Man Standing” starts things off with a little bit of an industrial intro that’s get you thinking for a second as to what this is leading you into, once the hard hitting drums kicked in along with D.D. Verni’s signature clanky bass sound it was clear where this was going, full blown thrash heavy grinding guitar riffs and Bobby “Blitz” Ellsworth signature high pitch schreech sets the tone for the entire album. The onslaught carried on with Jason Bittner’s pounding drum intro to the albums second track “Believe in the Fight” that was followed by the continuous pummeling thrash riffs from both Dave Linsk and Derek “The Skull” Tailor.

“Welcome to the Garden Sate” seems to be a more punk infused thrash song that starts off with an audio clip of The Sopranos for the intro of the song thats an ode to the bands home state of New Jersey which the band refers to it as ” the best damn place in the USA” in the chorus. Other notable tracks that stood out to me were “A Mother’s Prayer” and “Where Few Dare To Walk”.

Overall “The Wings Of War” is a clear representation of a band that has stood the test of time firing on all cylinders never steering away from their thrash roots.

NewYork Based Photographer. Music Enthusiast with a background in Graphic Design. Whether I'm shooting a live event or just out wondering the streets its about capturing the moment.
Previous The Faim to join Andy Black on spring North American tour
Next #NR19 RED BULL MUSIC STAGE