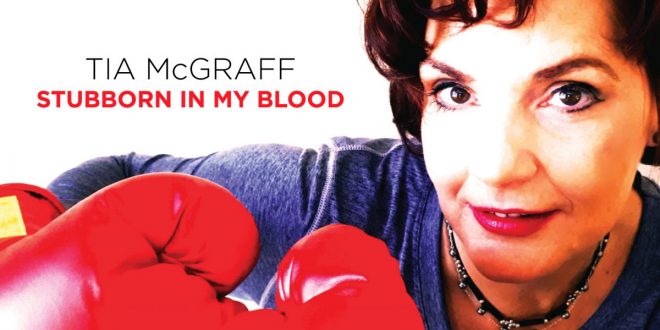 CanadianBeats.ca will premiere the lyric video from the award-winning Canadian singer-songwriter and children’s book author on Monday, February 11th.

My roots run deep and in my blood…Canadian, Transylvanian, Scot!”— Tia McGraff

“Nothing short of gorgeous, Stubborn In My Blood is a must-listen” – Canadian Beats

Tia McGraff had quite a year in 2018. The award-winning singer-songwriter and children’s author released her latest album. The critically acclaimed “Stubborn In My Blood” yielded the singles “Let ‘Em See Your Strong,” which was adopted as an anthem of empowerment by the #metoo movement, and “One Tin Soldier,” her cover of Coven’s seminal chart hit. The latter placed Tia among her peers on the Canadian iTunes Country Songs chart, reaching #22. The track also received international airplay, charting on the Roots Music Report and Airplay Today charts, among others. In September 2018, Tia and her husband/musical partner, Tommy Parham toured the UK in support of the release, performing for standing room only crowds.

Now, Tia is ready to kick off the new year with her autobiographical title track and video release, “Stubborn In My Blood.” Written by Tia and Tommy, the song tells the tale of Tia’s roots and background, that has led her on this musical journey.

“My roots run deep and in my blood….Canadian/Transylvanian/Scot!” says Tia. “I’m so blessed and honored to carry the torch for those who made being a dreamer a part of my DNA!”

Tia will celebrate the release with a February 11th lyric video World Premiere on CanadianBeats.ca. That same day, Tia will appear on Fox TV 2 News in St. Louis, MO. She will also perform on February 12th at the Bluebird Cafe in Nashville and at the Jacoby Arts Center in Alton, IL on February 14th.

Watch the Official Lyric Video of “Stubborn In My Blood” at https://www.youtube.com/watch?v=EE0952_9UYA.

ABOUT TIA MCGRAFF: Hailing from just south of Toronto, Ontario Canada, Tia McGraff is an internationally-renowned, award-winning americana/singer-songwriter and author. Accompanying Tia on her musical journey is her life/musical partner, Tommy Parham. The two met and married while both were living in Nashville, TN and have enjoyed an extensive career performing, songwriting and recording together for more than 12 years. They bring such an honesty and passion to their music that they have even been described as the modern day, Johnny and June!

A gifted author, Tia’s children’s book, Jake The Road Dawg has helped raise funds and awareness for her local chapter of The Dolly Parton Imagination Library. Seven international CD releases, various film/tv placements, and numerous nominations and awards (including Americana CD of the year first round nomination for 2016 and 2018 Grammy Awards and a 2019 Posi Awards nomination), have earned Tia and Tommy a respect in the music industry and a global fan base. The duo have a gift for ‘getting to the heart of the matter’ and writing relatable songs about life, love and this crazy world we live in. 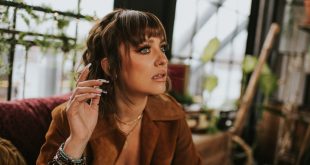