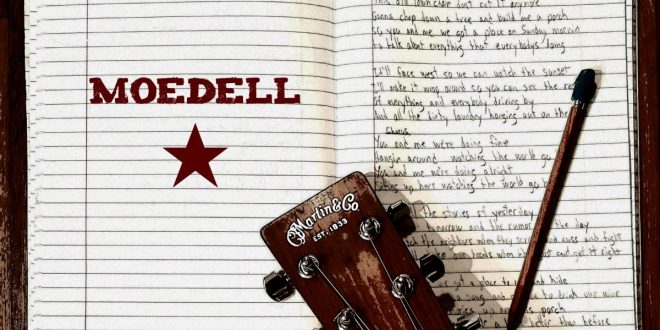 “Porch” The New Single From MoeDell

Like a distant radio transmission, “Porch,” the new single from MoeDell, comes rambling out of the darkness on the strength of the singer’s signature vocal, which carefully emits lyrics against a grainy atmosphere of acoustic guitar strumming. Slowly the volume begins to swell, and both the instrumentation and the vocal start to come into full color, high definition sound, swinging with a pendulousness that is inviting and reminiscent of a jug band ballad. The guitars strut with a confidence that is endearing and driven by an urgent bassline that seems intent on imposing its foreboding masculinity on the content of the music. We’re off and running as MoeDell kicks up a galloping chorus, and trying to resist the urge to dance to the developing groove soon becomes pointless.

Everything in “Porch” is built around MoeDell’s vocal track, which is studded with a raw texture that makes the song feel more like a live performance than a studio recording. This isn’t to say that the production value of this single is anything less than top shelf; no matter what angle we look at “Porch” from, the substance of its lyrical might and the musicality that it boasts is carefully handled in the master mix as to ensure that we’re getting the full scope of MoeDell’s tonality. The melodies hang above us like smoke rings, and even when the rhythm section is outpacing the relaxed tempo of the singer, the contrast feels deliberate and not out of place at all.

There’s a lot of talk about what “alternative country” actually means and who the branding actually applies to, but as far as I’m concerned, what MoeDell does with “Porch” is the very definition of the term as it should be used by my fellow critics. There isn’t a single element in this song that reminds me of any other artist currently occupying the Billboard Country charts; in all actuality, MoeDell’s style is removed from the mainstream and steeped in more of a folkie, Americana-influenced strain of songwriting that willfully experiments with its own emotional limits. In every sense, he’s going against the current with his music and imparting a sharp artistic wit to us that wouldn’t be possible otherwise. If that isn’t being an alternative artist, then frankly I don’t know what is.

Country’s biggest fans would be wise to pick up a copy of “Porch” for themselves this late winter and see what has had critics both in and out of the Nashville circuit talking as much as we have. MoeDell is treasure amidst all of the drab commercialism that has infected country music as of late, and this single captures his alluring persona better than almost anything else he’s previously released has. The future looks very bright for this aspiring singer/songwriter, and in this current musical climate we’re experiencing, it wouldn’t surprise me at all if MoeDell were to ascend the country hierarchy a lot faster than any of us could have expected him to do so. He has the chops to go all the way, and they’re on full display in this fun new track.