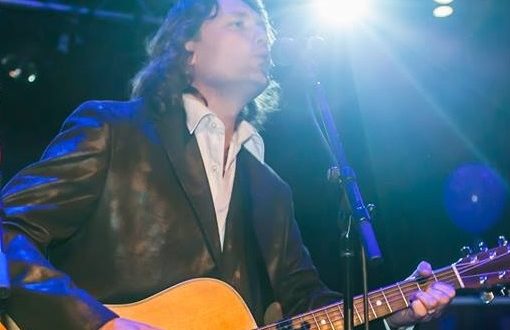 The prolific singer-songwriter has released the single, “Crumbs” on MTS Records.

It seems like only yesterday I can remember recording my first ever band album, “Tycoons” at the old Distortion Studios in Ottawa..Time flies my friends!”— Cory M. Coons

“Cory has a voice for the ages, one that is radio-ready for the mainstream, yet unique and powerful.” – Tuned Loud

It’s a celebratory year for Cory M. Coons this year. Fresh from the success of his recent Ron Nevison-produced album release, “The Long Road Home,” the celebrated Canadian singer-songwriter has released “Retrospective,” a collection of previously recorded and re-released material that spans the award-winning artist’s career from 1999-2010. “Retrospective” is available on cdbaby.

From that album, Coons has culled two single releases, “Crumbs” (a driving “Rootsy”, Southern Rocker story about a working man trying to raise a family and keep food on the table in the deep south)and “Unanswered,” (a 70’s/80’s AOR “Melodic Rock”-influenced mid-tempo ballad.) Both are being distributed through MTS Records on February 8, 2018. The tracks are available on iTunes, amazon, Spotify and all other major digital outlets, worldwide.

“It seems like only yesterday I can remember recording my first ever band album, “Tycoons” at the old Distortion Studios in Ottawa, which came out in late 1999. Then my first official “solo” effort in 2004′”From The Ground Up”. Time flies my friends…”

“Retrospective” is rounded out with solo material and previous selections from Cory’s former band, Tycoons.

Coons has been riding a wave of success that started in 2014, with his Producer’s Choice Honors Awards (formerly Los Angeles Music Awards) Win for Studio Album of the Year, “Share a Little Time.” He was also nominated that year for Male Singer-Songwriter and Record of the Year. In 2015, he was nominated for Rock Artist of the Year. 2018 saw Coons earn two Radio Music Awards, an Indie Music Hall of Fame Award and national/international airplay.