Home / Headline News / Anna of the North debuts new tune, “Leaning on Myself” 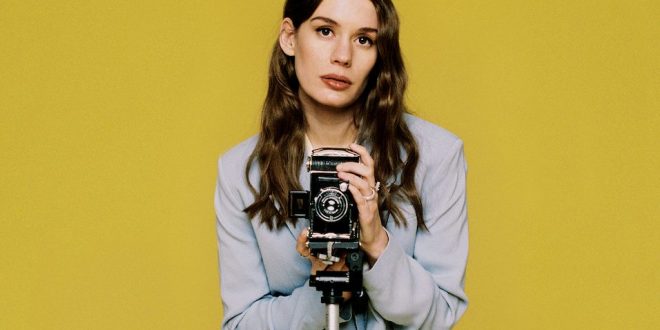 Anna of the North debuts new tune, “Leaning on Myself”

Anna of the North has premiered brand new track ‘Leaning On Myself’, her first taste of new music since critically-acclaimed debut album ‘Lovers’. Having sold out worldwide shows and amassed over 140 million streams, Anna plays a headlining show in London on March 25, before embarking on her first North American headlining tour starting on April 19. Tickets for all US tour dates will go on sale this Friday, 2/8 at PST.

‘Leaning On Myself’ marks a clean break from the past as much as it expands on the uniquely melancholic sound that is unmistakably Anna of the North. From the shimmering fantasy pop of her debut album followed a creative awakening in Los Angeles and the rebirth of a raw yet more assertive Anna on ‘Leaning On Myself’.

Describing this period of solitude and self-reflection for the first time today, Anna says: “I’ve been writing a lot of music the past year. ‘Leaning On Myself” is one of the songs that came out of it, maybe one of my favorite songs. I remember flying home from the States where we wrote it and I started crying. I kind of realized I’d written the soundtrack of my life ago. There was a point where I went through a lot of shit and I wasn’t feeling very well. I had one big break down where I called my mom and just knew I had to change my ways. I had to cut some people out of my life, people I loved but I knew weren’t really good for me. It was tough. But I’m good now. Every time I listen to this song it takes me back to that moment. It’s fucking sad but also powerful. I’m very grateful for where I am today. In the end, you only have yourself, you know, and I guess that’s ok.”

It ’s a feeling that’s brought to life in the surreal official video for ‘Leaning On Myself’, which sees Anna riding through an ethereal desert landscape to destinations unknown. “I met Noah Lee who directed the video and loved his previous work,” she adds. “I’d always wanted to have elf ears and wings…next thing you know it became reality.”

Whilst Anna of the North has spent much time following the release of her debut album working out what comes next, her debut album ‘Lovers’took on an unexpected life of its own. These songs of heartache, guilt and the tentative joys of moving on have united a rich global audience in their intimate shared experiences. Few modern artists, too, could appear as at home working with Tyler, the Creator (Anna lent her vocals to “Boredom” and “911/Mr Lonely” on ‘Flower Boy’) and Rejjie Snow as they are duetting with HONNE or landing a viral remix by The Chainsmokers. The record’s word-of-mouth success culminated in the title track taking off via a placement in Netflix’s surprise hit film, ‘To All The Boys I’ve Loved Before’: ‘Lovers’ has amassed over 25 Million streams since the release of the film in August 2018 and is still streaming over 100,000 times per day 5 months later, and made the top 100 Shazaam charts in 171 countries. It’s a modern ballad that you fall in love with.. and fall in love too.

All of which has led Anna of the North – at times, entirely by accident – to where she finds herself in 2019. That rare songwriter who strikes an emotional chord regardless of location or genre. A pop star who has perhaps always been hiding in plain sight. And a fearless young woman ultimately “leaning on herself”.

Anna of the North online: