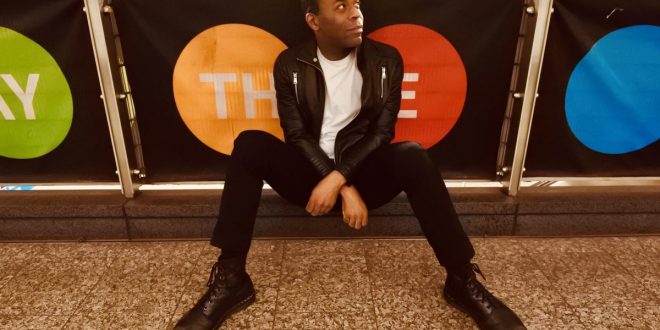 Kelsey Warren has been around the block, having fronted a long-running and successful rock band based on Manhattan’s Lower East Side. But Blak Emoji, the latest project of Warren’s, is something entirely different and new — both for Warren himself and for the listener weary of monotonous music trends.

“Rats” is a song about dealing with people who make life difficult. At the time, my workplace was extremely toxic, so the lyrics flowed pretty quickly. However, I wanted to make the song a danceable one instead of a doom-and-gloom vibe. The working title was “Angry Disco Song,” actually. I had the beat for months and sat on it trying to find the right vibe and direction for the song. I actually dance to it smiling.”  Says Warren, speaking about the new song.

He continues, It’s obviously a comparison of people to rats, but it’s not about actual rats. A strange coincidence, though, is that I lived in an apartment where rats were literally at our doorstep every night. I couldn’t come home without a bunch of them on the stoop. It was horrible, maybe subliminal. I spent half the year with that problem before moving,  Living in a cool, creative and rat-free environment has been therapeutic.

Warren is a veritable jack of all trades: He studied jazz guitar, classical voice, and music theory at the University of Miami, and has played and sung in nearly every possible context, as , sideman and hired gun around New York City. Blak Emoji is where he puts it all together for himself, mixing his tendencies as a brainy, substantive and complex writer with a fixation on synth sounds.  Blak Emoji songs are rarely simple and compact, but neither are they droning and repetitive like so much contemporary electronic music.

Joined by bass and synth player Bryan Percivall, drummer Max Tholenaar-Maples and keyboardist Sylvana Joyce, Warren (a lifelong Prince freak) has made Blak Emoji his focus as a musician, tying together his longtime interest in alt-rock (think Nine Inch Nails, Bjork) with a more recently kindled romance with modern and retro dance beats and everything in between.

Blak Emoji will perform at NUBLU in New York City on April 19th, and Warren currently has 3 solo dates scheduled as well:

For more on Blak Emoji: