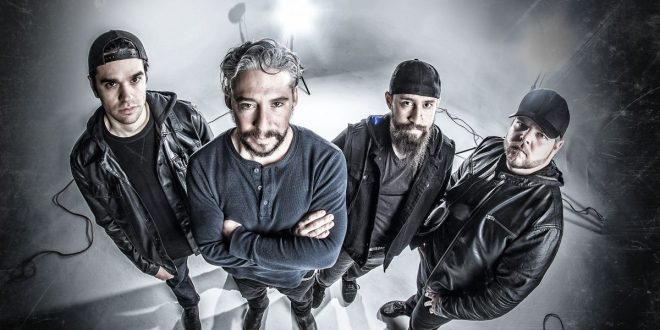 MYNAS Release Official Music Video for “Tearing Down The Clouds”

Melodic Death Metal band MYNAS has released the lyric video for “Tearing Down The Clouds,” off of their newest LP, Dead to the Unknown.

“Tearing down the clouds is a song that demonstrates where we have been and where we can go…It was one of the first songs we wrote for this record and it really had us testing our limits as writers. Musically and lyrically we all came together and really found our “sound” per se. During recording, it was just full of possibility. We all felt each moment had to be monumental. “tearing down the clouds.”

Make no mistake, the Las Vegas-based Mynas is here on business. The band consists of seasoned musicians with the kind of die-hard work ethic that has gained them the reputation of a relentless & must-see live act! They say that the fans are what fuels this relentless drive and ferocity!

January of 2019 finds the band unveiling their next offering as a follow-up to their well-received CD Fear The Slave now available globally on all digital outlets. Their newest CD Dead To The Unknown, hit the streets on 1/25/19 which was followed by a massive hometown release show on 2/1/19.

Mynas continue to write, record & play select regional dates as they prepare for spring & summer touring in support of Dead To The Unknown.