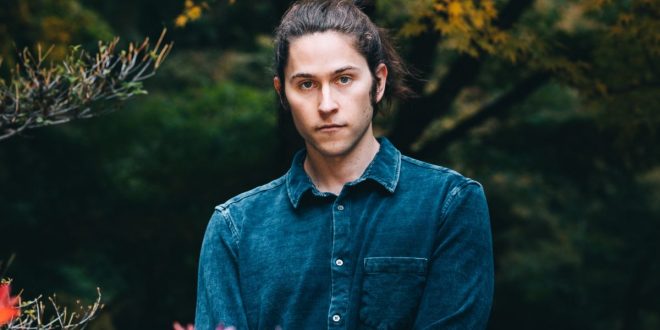 Comprised of 12 tracks, Superdream plays like a heavenly vision, with funk and disco undertones weaving their way through the greater sonic landscape—engulfing the listener instantaneously. Built for massive crowds and festival grounds, the tracks on the album are instantly addictive as wave after wave of indie-tinged electronica makes resisting the urge to dance even more futile. Superdream is an absolute triumph for Big Wild—as he continues to defy the expectations of electronic music by taking risks and creating unparalleled realms of emotionally rich sound.

Superdream finds Big Wild expanding his world of sound as he crafts hills and valleys of increasingly lush production, and for the first time in his career, he’s the voice guiding the listener on their musical journey. Stell finds himself at the forefront, leading with resplendent vocals for the majority of the album – which includes previously released singles “City of Sound,” “Maker,” and“Heaven”. Furthermore, Big Wild’s penchant for crafting vibrant soundscapes is continuously on display throughout Superdream, particularly apparent in album track, “Joypunks.” Accompanying Stell on Superdream are vocalists Rationale (London, UK) and HAWK (Brooklyn, US)—whose euphoric tracks on the album are shimmering highlights.

Though Stell has garnered success with his collaborations and remixes, Superdream verifies his individuality. “The album was inspired by a need to create music that was a greater reflection of who I am now,” he says of Superdream. “This led me to feature my voice and songwriting as the main focus for the first time ever. I wanted to create a personal record that people could relate to using my own life experiences. When I listen to Superdream, it feels more like me than any of my other music.” Big Wild is currently preparing to bring his Superdream to life with an upcoming 17-date headlining US tour in March. Tickets are on sale now, and the full routing can be found below.

Previous The Japanese House release “We Talk all the Time”
Next Interview: Keith Douglas of Tora Tora