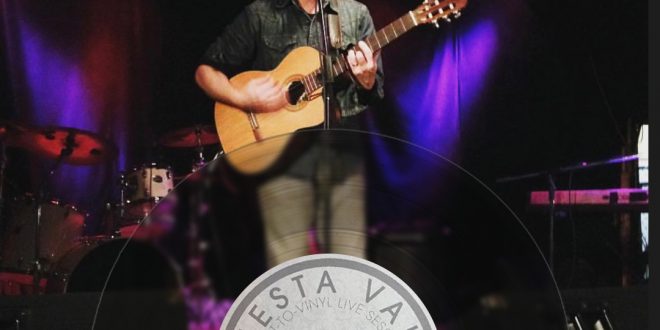 Knowing how much Ed values each and every person that listens to his music, I know that he will put his heart and soul into each recording.”— Michael Stover, President, MTS Management Group

Unique. Individual. One-of-a-kind: All words that have been used to describe Canadian singer-songwriter Ed Roman. Ed’s “kitchen sink” blend of folk, rock, pop, jazz, funk and punk has earned him both critical acclaim and worldwide radio play. Last year, Ed hit the Canadian iTunes Pop chart Top 25 with the title track from his latest album, “Red Omen.” The cleverly-produced animated music video for the song spent the year premiering at renowned film festivals around the globe. Ed capped off 2018 with an appearance as an Emerging Artist in Billboard Magazine.

Now, Ed Roman is offering his most-dedicated fans a rare and exclusive opportunity to have a truly unique piece of music history. On May 14, 2019, Ed will enter Leesta Vall Sound Recordings studios in Brooklyn, NY, where he will cut one-of-a-kind, direct-to-vinyl master recordings of his most beloved songs. Ed’s fans will have the opportunity to pre-order the songs of their choice for their personal master recording. Each master will be done live in one-take, with a personalized message addressed to each individual. The recordings will not be duplicated…ever.

“This is something that Ed’s fans have been asking for, for a long time,” said Michael Stover of MTS Management Group. “Knowing how much Ed values each and every person that listens to his music, I know that he will put his heart and soul into each recording. This is going to be something really special that even the casual fan will want to get their hands on.”

Pre-orders are being taken at https://leestavall.com/products/edroman.

Leesta Vall Sound Recordings is a niche record label based in Brooklyn, NY. Our limited edition lathe cut record releases are made on modified vintage record cutting lathes. Each record is handmade, one at a time, in real time, by a real person. https://leestavall.com

Ed Roman “The Way She Goes”