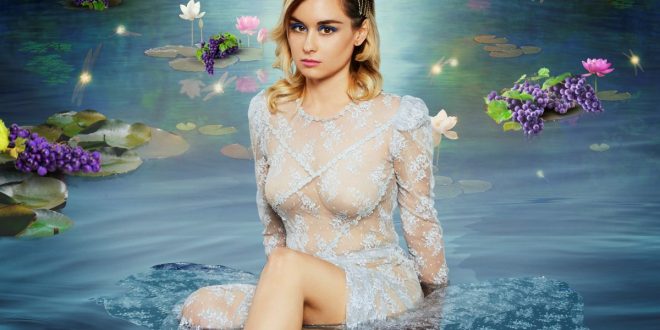 To purchase or stream the album head over HERE.

Speaking about their new release Terror Jr says “We were very naive going into making ‘Unfortunately.’ We definitely didn’t expect to take over a year to create it. Working with a gang of talented strangers sounds easier on paper, in it’s more error than trial. But hearing the final product, we’d do it all again, even if it took ten years, There are no soft moments on our album and that’s intentional. We don’t want to be background music. The point is to engage. We hope that people listen to these songs with questions and come out with answers . . . “

The album features 15 new tracks including “Pretty,” which Paper Magazinecalled a “deliciously dark new political anthem,” “Heaven Wasn’t Made For Me,” a subversive single that brazenly confronts themes like women’s reproductive rights, LGBT rights and substance abuse, and “A-OK (Everything’s Perfect),” which dives into the political exhaustion in our current cultural climate. While the enigma surrounding the band is apparent (it was once rumored they were fronted by Kylie Jenner) Terror Jr has “injected pop culture with a major dose of mystery,” as described by LadyGunn, with over 190 million streams and 1 million monthly listeners on Spotify and a performance at Lollapalooza 2018. Unfortunately, Terror Jr follows the band’s critically-lauded Bop City trilogy – Bop City, Bop City 2: TerroRising, and Bop 3: The Girl Who Cried Purple-which has garnered praise from New York Times, Interview, V Magazine, Teen Vogue, High Snobiety, Pitchfork, and The Faderamong others.