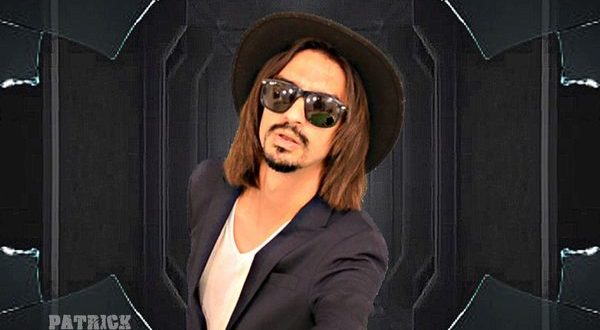 It’s a brave new world for independent releases. The Internet age has usurped bygone gatekeepers of the industry, record company behemoths more concerned with artifice than art, and ushered in a democratization of music equivalent to the invention of the printing press. It really has been a paradigm shift on that level – and artists like Patrick Doval have capitalized. His 2008 emergence on the indie scene heralded a fecund creativity we haven’t heard in some time – he has released five albums and twenty two music videos since then and his sixth release, Broken, continues his unbroken streak of success. The eleven song album centers on vocals and guitar but, stylistically, he’s all over the map while retaining the necessary coherence to help these songs hang together rather than sounding like a mishmash.

The light distortion applied to the striding guitar powering “Rose” is accompanied by a straight forward no frills rhythm section performance. Doval’s voice comes later than you might expect and one cannot help but applaud the canny delay that enhances the track overall. “In You” sweeps listeners up immediately and takes them higher than “Rose” ever dared on the back of a fantastic vocal melody and near staccato, energetic piano riffing. The band seals the deal with this song and amps up the musical intensity while still coming off as a fully unified unit.

“Paris” features one of Doval’s best vocal performances. He has a yearning pull in his voice riveting our attention from the beginning, but you never get the feel he’s over-singing. Instead, the suggestion falls more in line with the idea that the tracks are intensely personal for Doval but he remains determined, track after track, to make the personal universal. “Paris” does this as well as the album’s best songs. The next cut, “You Lied to Me”, has a completely different instrumental flavor thanks to the slinking funk influenced guitar and another of the album’s great lyrics. Doval’s ability to get inside a lyric and full dramatize it for listeners reaches its apex with this song as lesser singers wouldn’t have approached it with the same range of emotional responses.

“Broken” is outright electronica and listeners are forgiven if the headspinning array of styles Doval turns his hand to are giving them vertigo. The wild thing, however, about Patrick Doval’s restless muse is that he sounds quite at home with any approach – his versatility leaves me a little breathless, but in a good way. “Baby” recalls the album’s second track “Promise Land”, but the song assumes a different sound and the second half burns with an intensity we don’t hear with the earlier song. “Mi Amour” and the last song “Tears” couldn’t end Broken with a starker contrast – the former is a deep loving nod to Caribbean music while the closer “Tears”, cut live in the studio, jolts listeners with its acoustic intimacy and aching vulnerability. It’s a wholly appropriate way to bring the curtain down on this release – everything else falls away and listeners are, in the end, face to face with Doval, sans any stylistic masks, truly and completely himself. It’s a bracing moment and ends what, for me, rates as one of the best albums I’ve heard in the recent years.