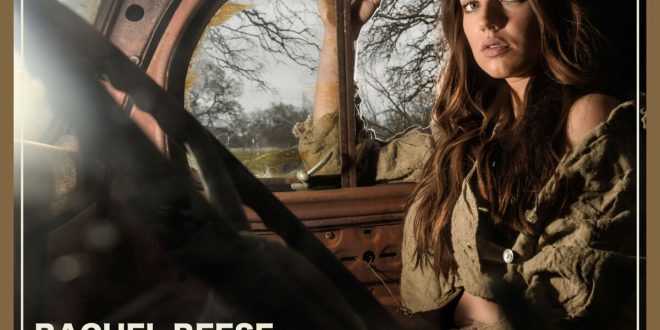 Up and coming country singer Rachel Reese presents listeners with a sound that pushes the status quo in Nashville to its very brink in the all new single “Dozen Roses.” With “Dozen Roses,” Reese not only asserts herself as one of country’s premier young vocalists, whose raw talent is strong enough to support a sultry single at this stage and still have as much promise looking towards the future, but also as a stunning songwriter as well. She pulls out all the stops in this lush, addictive ballad that is as musically evocative as it is lyrically searing from start to finish.

The minute that Reese’s words begin to make their way through the layers of melodic instrumental ribbonry that accompany them, they’re at the very center of our attention. Her strong style of attack is tempered by the lumbering nature of the beat, which is slow, churning, and takes a second to catch up with her energy. Alongside her potent execution of each verse, Reese is able to add a color to each stanza that makes her poetry seem so much more vivid and accessible than what we’d normally find in a modern country song. In this sense, she’s got a lot more in common with her genre’s forerunners than a lot of her peers do.

Musically, “Dozen Roses” is a very relaxed and balanced track in which the climax is spread out between the choruses, instead of being concentrated in a single, epic hook. That said, this song shares a lot of structural attributes with mainstream pop music, and when flanked with Reese’s smoky Oklahoma drawl, the strings take on an earthy, almost bohemian quality that is refreshingly unexpected. Say what you will about country being a somewhat predictable genre, but what Rachel Reese is cooking up in the studio so far has been anything but typical.

As I mentioned before, the vocal track dominates center stage throughout the whole of “Dozen Roses,” but I wouldn’t go as far as to say that it minimizes the contribution of the other instruments in the least. For every gilded sway the lyrics propel in our direction, the drums match the agility and aid in bonding the guitar parts with the subtle bassline. Producer Jesse LaFave, who also arranged the song, deserves just as much credit as Reese herself does in this respect, as this is easily one of the more intriguingly-stylized country singles I’ve heard in some time.

A top-shelf offering from an edgy new voice that is raising a lot of eyebrows around Nashville, Rachel Reese’s “Dozen Roses” is a superb look at the skillset that this fine singer calls her own, and to a certain extent, what we can expect out of her in the future. A country establishment outsider like Reese may have a lot to prove to her new scene, but as far as I’m concerned she’s already making her mark with this exquisitely-realized release. Her future looks bright, and with a song like this one to lead the way, her path to stardom is looking pretty darn smooth.