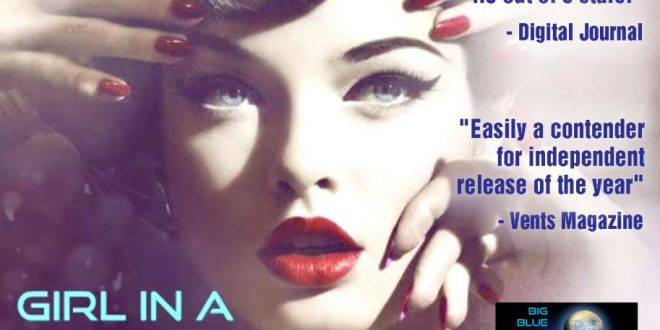 “Thick layers of guitar and near-synthetic percussion create an atmospheric tidal wave that’s impossible to escape once you get caught in its alluring undercurrent.” -No Depression

With the release of their latest album, Big Blue World, and its infectious title track, the London songwriting and production team of Neil Fitzsimon and Bee Brogan, collectively known as FaB, have propelled their collective career into the pop stratosphere. They’ve earned worldwide critical acclaim, international radio airplay and charting, and even a nod from the Indie Music Hall of Fame: they earned an Achievement Award for the Top 2 performance of their lyric video, on the renowned Beat100.com video charts. The duo have also been recognized as an Emerging Artist in Billboard Magazine.

Now, FaB, as they are commonly referred to, have topped the iTunes Belgium charts with their latest single from Big Blue World, “Girl In a Gilded Cage.” The song topped the Alternative and All Genre Singles chart on January 22, 2019. “Girl” bested tracks from Panic! At The Disco, Imagine Dragons, Halsey and Coldplay, among other notable acts.

Neil Fitzsimon on the song’s creation: “When i first wrote the song, Bee’s (Brogan’s) mum said it sounded like ‘Waltzing Matilda.’ When we recorded the song in the studio, with producer Pat Collier (Katrina and the Waves), Bee could not get the scream to sound right, so we had to ask an ex-band member to send in the demo, so we could drop the original into the track. I don’t think he was very pleased!”

ABOUT FITZSIMON AND BROGAN: Neil Fitzsimon, the songwriter, and Bee Brogan, the vocalist, aim to produce “Pure Pop For Now People.” Preferring to remain faceless in an industry that holds image in high regard, the pair have gone on to form a songwriting/production partnership that led to placement of their songs in Film and TV. They also wrote a musical, Jack Dagger, which was showcased at the Greenwich Theatre, London for the Musical Futures Award. It was also showcased at the Bridewell and the Royal College of Music in London. They have also just had a song placed in a USA Sci–Fi Feature film. The duo recently had a track reach number 3 on a French national download chart. Their track, “This Is Love” earned the duo Semi-Finalist status in the Eurovision Contest. Their lyric video for “Big Blue World” reached #2 on the Beat100.com World Videos chart. The Billboard Magazine Emerging Artists have been featured on the NBC Radio and Westwood One Radio networks. They’ve recently recorded tracks with longtime David Bowie drummer, Woody Woodmansey.h