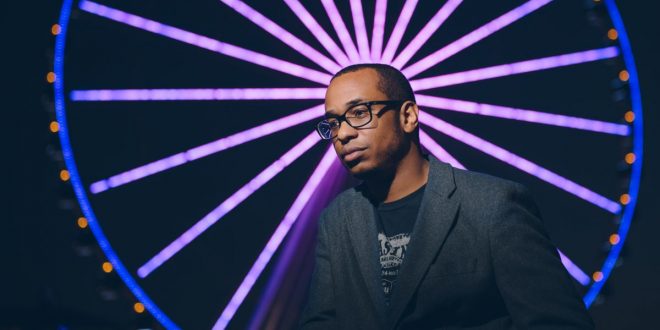 From Ft. Worth TX, Indie-Alt Rocker Bencjones’ new song “Shutting It Down”. The first single to his June 2nd 2019 Album release “Just One Gun”!

Bencjones is a child of music. His parents were both music majors when they met in college and you could say that he was born with grooves in his blood. He’s since developed into a talented multi-instrumentalist, vocalist, and songwriter with a style that blends Alternative and Indie Rock influences into unique original music. His new album, Just One Gun, will hit the streets June 2nd, 2019 and features a diverse lineup of songs that have drawn comparisons to Radiohead, Lenny Kravitz, The Black Keys, and Wilco. The tracks are united, however, by Jones’ own creative fire and vision, a force that blurs the lines of influence and keeps this set standing firmly on its own legs. Based in Fort Worth, Texas, Bencjones plays bass, keyboards, and guitar on Just One Gun, as well as handling all the vocals. This kind of creativity is its own reward for him, as is the level of expression music affords him. He has had success in synch licensing and had music used in a premium YouTube show but is eager to be recognized as an artist in his own right. This new record is expected to help get Jones to a much larger audience and those close to him are excited to watch his career grow. Bencjones is a humble man who’s ready to step to center stage and give himself to the world. Those searching for a fresh breath in an often-stale modern music scene are advised to find him today. ” About the song: “it’s very upbeat and makes you feel positive.” “This song is pure fire, and it is a pure indie rock gem, with some awesome melodies and amazing guitar tones. This song makes me think of bands like The Films or The Fratellis, but with a more hard-rocking vibe that almost makes me think of Taking Back Sunday, especially in the way the vocals have so much passion and intensity, making the song one of the catchiest on the album!

Stephen Vicino is the founder of MusicExistence.com. He created this site to give talented musicians a voice and a way to be discovered.
@@svicino
Previous ROCK BAND ACROSS THE BOARD RELEASES THEIR THIRD SINGLE AND VIDEO FROM AWARD-WINNING ALBUM, “SONIC BOOM”
Next “Something About U (The Retro-Funk Mix II)” by Ronnue