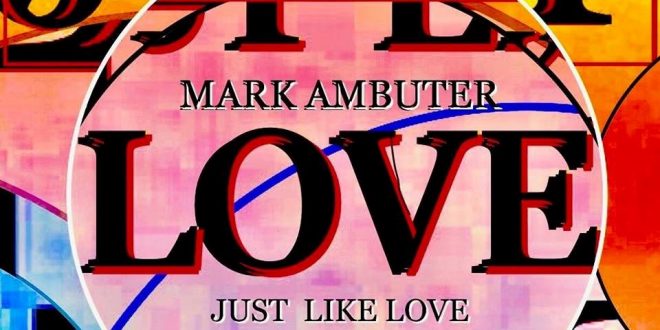 “Love is Everywhere” by Mark Ambuter

In “Love is Everywhere,” Mark Ambuter returns with his latest spellbinding single and holds nothing back as he dispenses some of the most captivating lyricism and sly grooves he’s conjured up for us in some time. Comprised of a thick blanket of melodies that are sewn together with an exotic stitching, “Love is Everywhere” is overwhelming folk/pop with a killer edge, defined both by its wistful poetry and the brooding musicality that frames it. As understated as its central hook may be, this track is a smothering (though not overwhelming), highly-engaging release from an artist that we’ve come to expect as much from.

The vocals are ingrained within the music here, but still remarkably distinguishable in the master mix. Ambuter falls right into the rollicking beat that drives the verses, becoming almost another instrument himself, being played by all the splendor of nature and passion. There’s an undeniable midcentury beat/proto-hippie vibe to the acoustic guitars in this single, but I don’t think I would go as far as to call it a direct descendent of free love folk music. Its lyrics are a little more focused and the structure of the song a bit too conventional to suggest anything other than a broad connection to its genre’s storied past.

We feel every ounce of the emotion that Ambuter is imparting to us in this single, and most of it arrives transcending the limitations of studio recordings not only through the words that are joined to the music but through the physicality of the track in general. The mix feels like a warm embrace, with a lightly dusted treble and slight spike in the middle to emphasize the homespun quality of the rhythm. Ambuter is humble and earnest from start to finish here, even when he arguably has plenty of room to stretch out and get a little virtuosic in his prose and/or play.

As previously stated, there are some similarities between “Love is Everywhere” and the Byrds-style folk-rock of the 1960s, but the difference between this song and those released some half century ago is really steeped in the modern swing of the beat. 60s pop rarely had as many shifts as this track does; not only does Ambuter sway like a birch sapling in the breeze through the chorus along with the guitars, he isn’t afraid to let this reckless churn dominate the pace of the music altogether. His big gamble pays off, and we’re left with an undeniably stirring slab of contemporary folk with excellent crossover appeal.

Soft pop and singer/songwriter fans of all ages will take to this smart yet simple single that evokes as much emotionality through its bold use of textured lyrics as it does via its sterling production quality. Mark Ambuter has been through an awful lot in recent times, but rather than his music suffering for it, it’s inarguably gotten much tighter, personal and relatable to the listeners. He’s always had an impeccable talent, but it’s my opinion that Ambuter has never been as in touch with his craft as he is now. Followers old and new are going to want to give this a spin as soon as possible.